Tredegar has announced the return of flugel player Danny Winder. 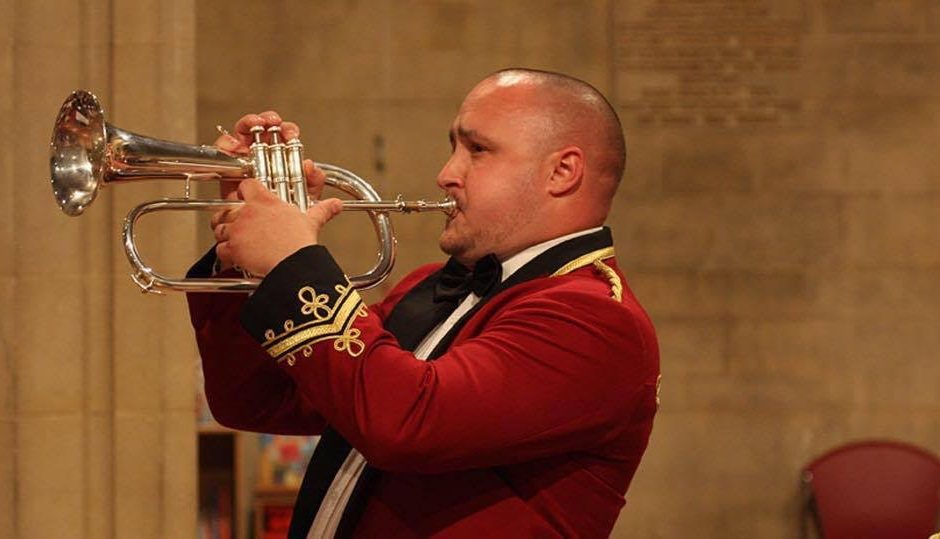 Tredegar has announced the return of flugel player Danny Winder.

He will join the band with immediate effect, filling the role vacated by David James, who has had to relinquish the position due to increased work commitments.

Danny said: “It was an easy decision to make despite thoroughly enjoying the last couple of years at Flowers Band. My thanks go to everyone there for some memorable times, but the draw of Tredegar is so strong.

The attitude and determination to push artistic boundaries is something that has always excited me as MD Ian Porthouse knows. It's banding that appeals to me in every way possible. It's great to be back in burgundy."

We couldn't be more pleased in persuading Danny to return though. He is a player who gives us something special - MD, Ian Porthouse

Meanwhile, Tredegar MD Ian Porthouse paid tribute to his outgoing flugel player as well as enthusing over the return his old one.

"David has been an outstanding performer for us - ever since he made such a stunning debut on our 2016 Area Championship win. That day I think he won us the contest.

His artistic style and subtle musicality have been huge assets on every major contest stage - and especially at the recent European Championships in Ostende. My thanks to him are echoed by the band, especially as he made such a commitment whilst undertaking an ever demanding work schedule."

He added: "We couldn't be more pleased in persuading Danny to return though. He is a player who gives us something special.

With such a busy schedule in place over the next twelve months or more, having someone of Danny's quality fitting back in gives us a huge boost."