Welsh Champion admits to being Brassic...

Tredegar Band enjoy the glamour of being Brassic in Bacup... 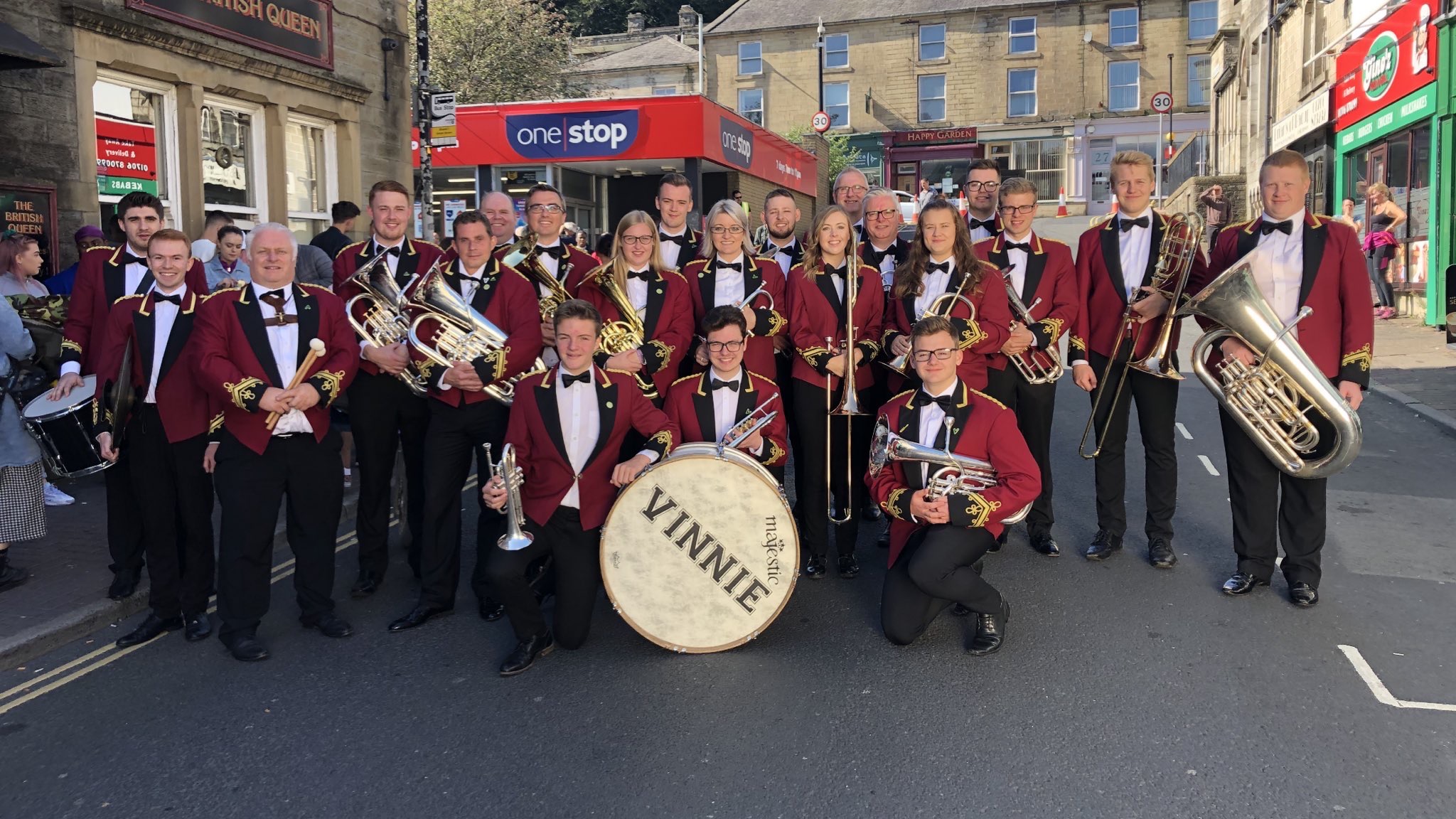 Tredegar Band has added to its growing list of film and television appearances with their latest involvement in the high profile Sky One comedy series 'Brassic'.

The glamour of the booking however meant that they headed to Bacup in Lancashire for a full day of filming at 4.00am, returning home to the bandroom at 11.00pm

"It was a long day, but another great experience,"Ian Porthouse told 4BR. "It's great that we are asked to do these projects. What we did was very different to say the least, as I'm sure people will find out when the series is aired.

We were joined by some friends who helped us out on the day, so our thanks go to them."

By chance the action took place outside a pub where on the wall proudly hung a picture of the famous Irwell Springs Band (who were based less than a mile away) at the peak of their powers after winning the 1913 National Championship, complete with the famous Caradoc Cup.

Brassic was created by actor Joe Gilgan and features actors Michelle Keegan, Damien Molony and Tom Hanson. It follows the lives of Vinnie, played by Gilgan and his five friends as they live their lives in their northern town of Hawley.

It's been described by 'The Guardian' newspaper as a 'hilarious, warm, brutal melange that works because it has heart without sentimentality and authenticity without strain'.

The popular success of the initial series has led to a second being commissioned, with Tredegar invited to be part of it by producer David Livingstone who worked with the band on the BAFTA award winning film 'Pride'.

The glamour of the booking however meant that they headed to Bacup in Lancashire for a full day of filming at 4.00am, returning home to the bandroom at 11.00pm4BR

Later today (Saturday 21st September) Tredegar will joins forces with The Band of the Welsh Guards in a special 'Pride of Wales' concert under the batons of Ian Porthouse and Major Stewart Halliday at the Dora Stoutzker Hall of the Royal Welsh College of Music & Drama (7.30pm).

The following day members of the Band of the Welsh Guards Band will head to Tredegar where they will host a free workshop for young players (11.30am — 2.00pm), which is open to players from all local bands.