It may have been pouring down with cold Welsh rain in Tredegar on Monday night, but there was a warm welcome for yet another... 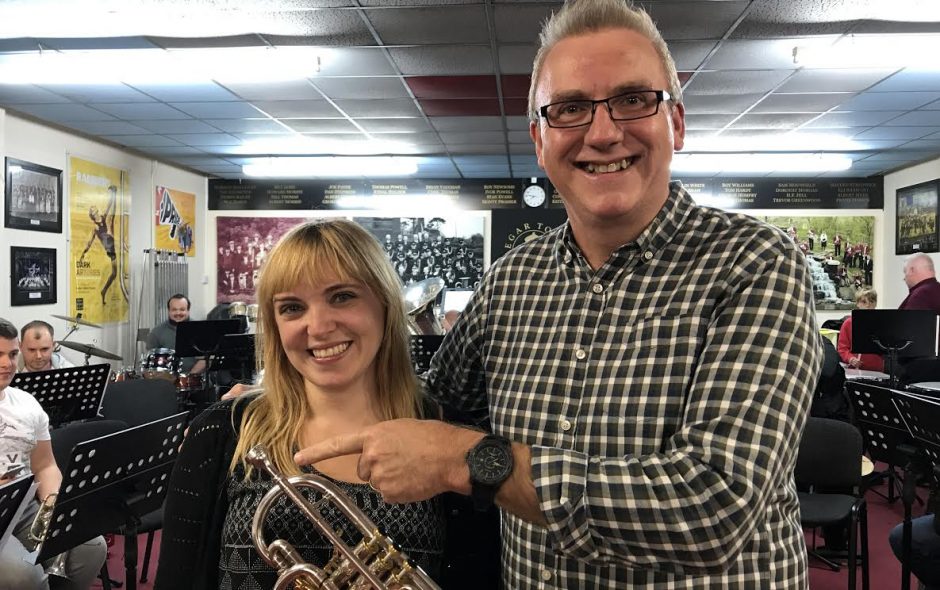 It may have been pouring down with cold Welsh rain in Tredegar on Monday night, but there was a warm welcome for yet another overseas visitor to the bandroom this week, when Isabella Hauser made a special trip from Austria to enjoy a blow in rehearsal.

Isabella has played cornet with Brass Band Oberosterreich for the past 10 years, and has wanted to come to Wales after meeting up with Tredegar’s trombone player Ryan Richards when he played with them under MD Ian Porthouse in helping to win the Austrian National Championship last year.

Isabella flew over on Friday to enjoy time in Birmingham before joining Ryan in travelling down for rehearsal as the band prepared for their forthcoming concert at Kneller Hall.

“It’s great to come along and play,” Isabella, who works as a trumpet teacher at home in Austria, said. “I brought my mouthpiece just in case. Ian lent me his cornet so I was able to sit in.

We know a great deal about Tredegar and everyone at Brass Band Oberosterreich are fans - so it’s great to be able to go back now and say I’ve played with them.”

Ian Porthouse was also delighted that Isabella had made the trip. “Having worked with Brass Band Oberosterreich I know just how seriously they take their playing - even on holidays.

Isabella is a super cornet player so it was great to welcome her and be able to give her my instrument for a blow.”