Belgian virtuoso flies in for a concerto with a difference 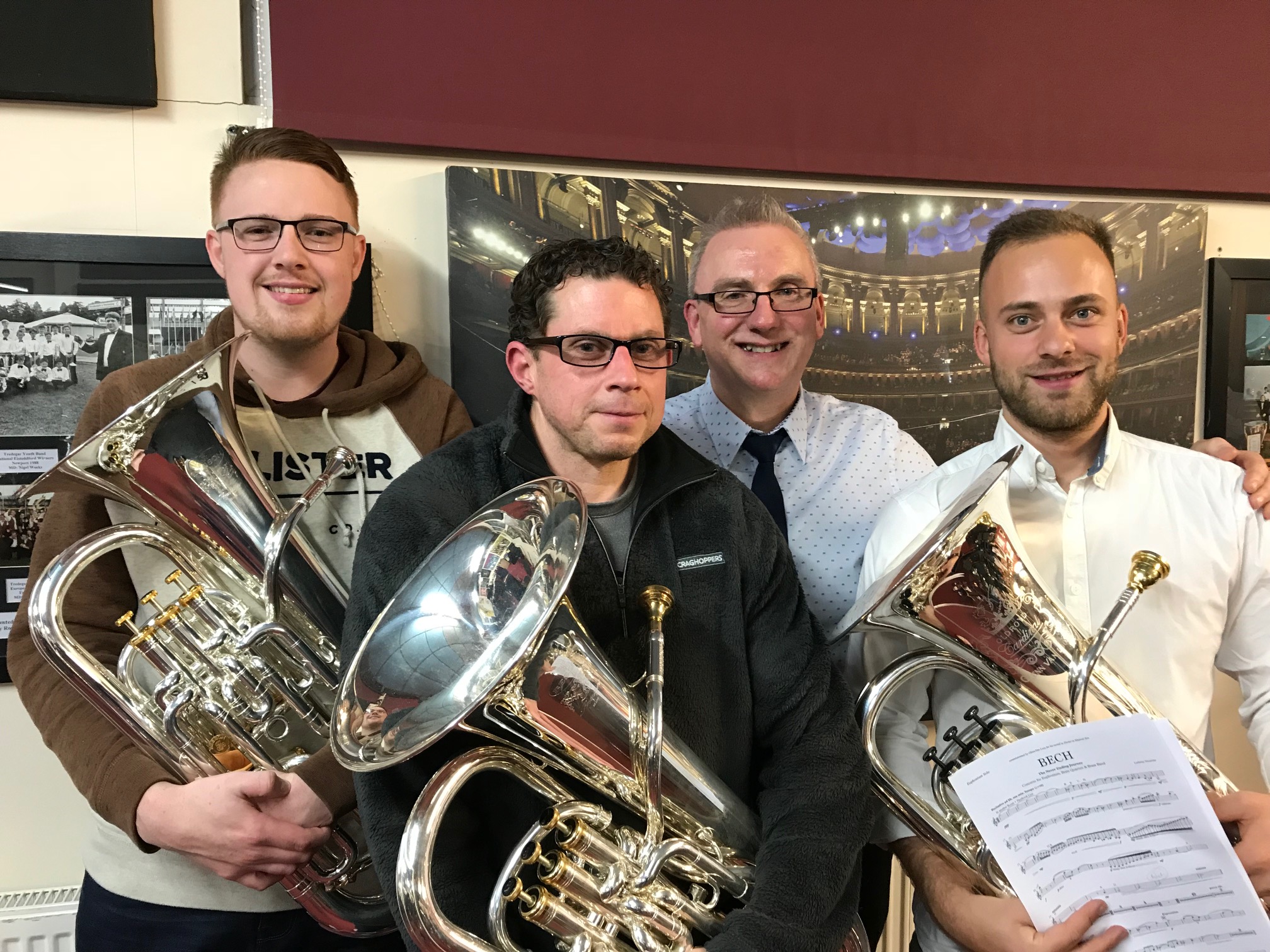 There was a warm welcome in rehearsal in Tredegar this week for Belgian euphonium star Glenn Van Looy.

The Geneva Instruments artist is performing with Tredegar on Saturday when he gives the world premiere of a brand new concerto, entitled, ‘BECH’ at the prestigious Royal Northern College of Music Brass Band Festival.

Glenn (right of image with Ian Porthouse and Tredegar euph players Martyn Patterson and Chris Smith) flew in from his home in Switzerland where he plays with the Swiss National and British Open champion, Valaisia Brass Band, and was soon in action rehearsing a work, written by his friend, composer Ludovic Neurohr that is sure to make a lasting impression on listeners, as he explained.

“It’s a very different type of euphonium concerto,” he said. “First it’s not very long – just over 8 minutes in length, and secondly, I play the first two movements in a different hall to the band!”

‘BECH’ reflects on Glenn’s musical life - with the opening solo movement recalling the hours of lonely practice he undertook in realising his ambition of becoming a world class performer.

The second movement, where he is joined by a quartet adds to the growing sense of achievement as an artist - something that is finally fully realised when he travels from the one auditorium to the other to join the band for the final section of the piece.

It’s a very different type of euphonium concerto. First it’s not very long – just over 8 minutes in length, and secondly, I play the first two movements in a different hall to the band! - Glenn Van Looy

The audience at the RNCM in Manchester will also experience that sense of lonely endeavor as the first two movements will be broadcast onto a screen in the main hall - whilst listeners around the world will be able to enjoy it through the composer’s own Facebook page - perfect for Ludovic himself, as he will be in Guatemala where he is currently on honeymoon!

“But that’s what we like at Tredegar, and it’s a privilege to be able to break new artistic ground with a world class performer such as Glenn. He is a remarkable player.”