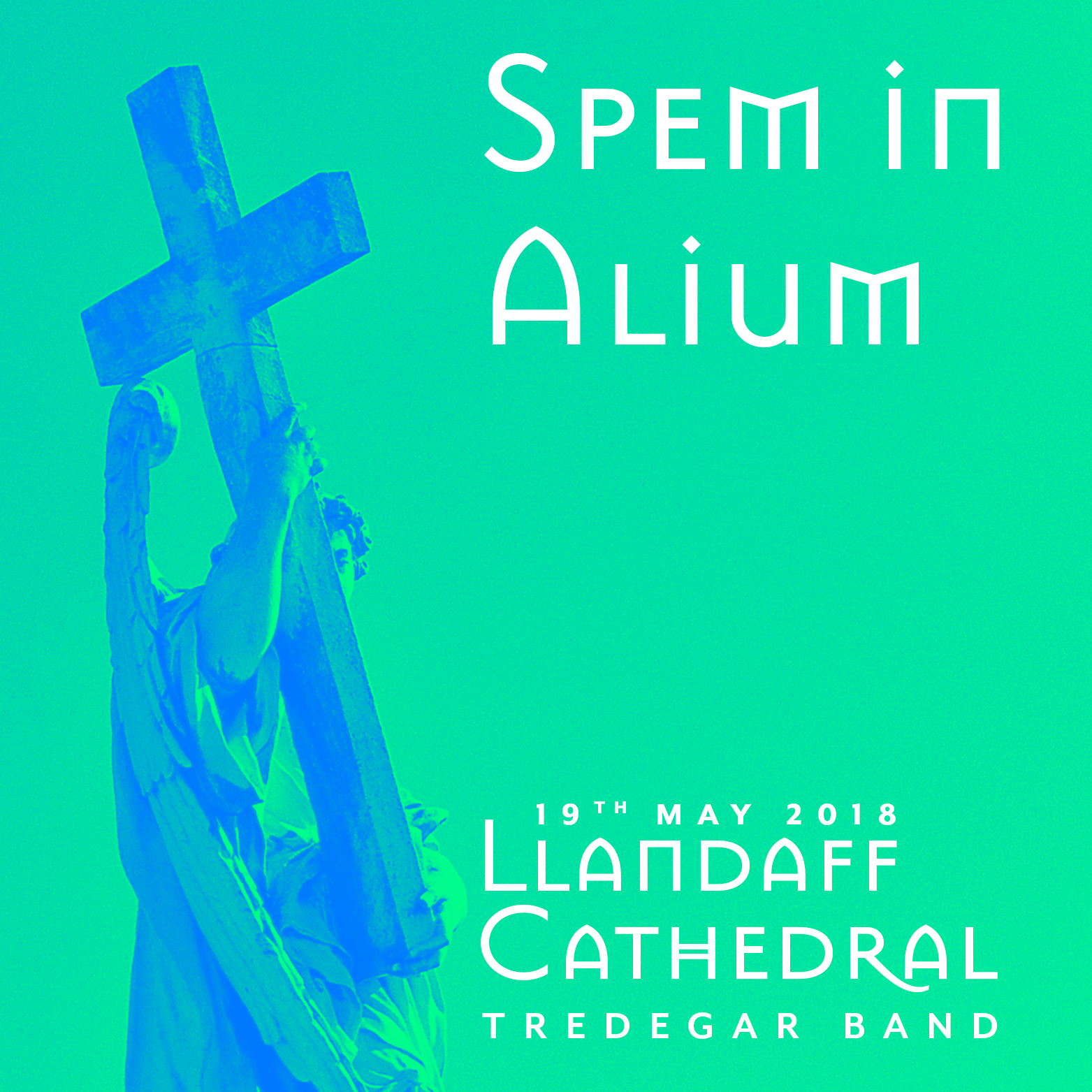 Tredegar’s well earned reputation for musical creativity will see them look back in time to explore music from one of Britain’s greatest composers for what promises to be a ground breaking concert at Llandaff Cathedral in Cardiff in May. Already renowned for its forays into ballet and film, on this occasion the pioneering project shifts the boundaries back to the music of Thomas Tallis with the world premiere performance of his majestic 40-part motet, ‘Spem in Alium’.

Written around 1570 for an ensemble consisting of eight quintets; each containing a soprano, alto, tenor, baritone and bass, the opening line, ‘Spem in alium nunquam habui’ roughly translates as ‘I have never put my hope in any other’ - this of course is a reference to God. Many regard the work as Tallis’ crowning glory, a magnificent exhibition of his craft, but perhaps its most overwhelming quality is its sheer musical power.

Tredegar’s Chris Davies is currently working on a special brass band arrangement of the work for the occasion to be performed by the band augmented by extra performers. “Tallis is a fascinating composer”, he said.

“He lived through the upheaval of the reformation – something reflected in his musical output which changed in style to suit the religious and political needs of the time.

I first heard ‘Spem in Alium’ performed at a church, where all forty singers surrounded the congregation. It was an incredible experience – and something we are hoping to recreate with 40 brass players.”

I first heard ‘Spem in Alium’ performed at a church, where all forty singers surrounded the congregation. It was an incredible experience – and something we are hoping to recreate with 40 brass players

The work will form the centrepiece of a concert that will also include other works inspired by the composer – such as ‘Tallis Variations’ by Philip Sparke and Peter Graham’s ‘Prelude on Tallis’ MD Ian Porthouse added: “This is another example of how the band is determined to seek out new musical horizons and showcase the versatility of the highest quality brass band music making.

To perform it in the evocative setting of Llandaff Cathedral is something special, so we hope we can attract as many people as possible to come along and enjoy the experience with us.”

Tickets are priced at £12 for adults, and £10 for concessions