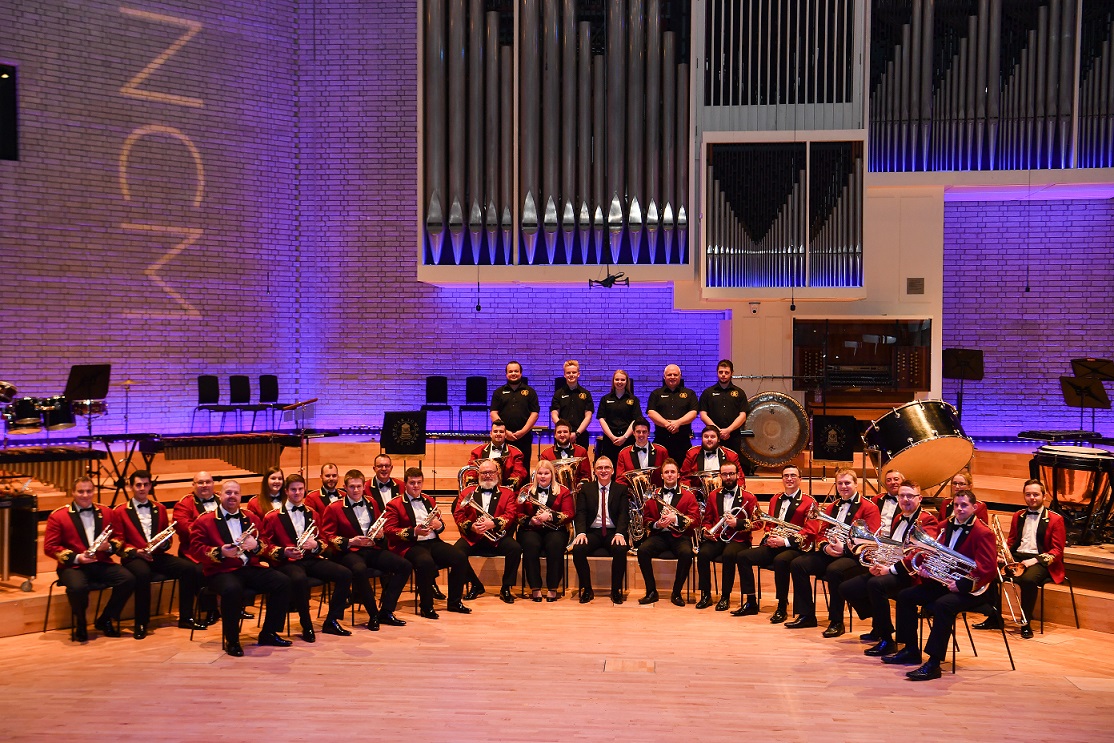 Following their first concert performance of the year in Ebbw Vale, Tredegar has been hard at work preparing for their forthcoming appearance at the influential Royal Northern College of Music Brass Band Festival in Manchester.

They will join Black Dyke, Cory, Brighouse & Rastrick, Fairey and Foden’s in providing concert performances of new as well as classic repertoire over the weekend of Friday 26th - Sunday 28th January, in an event regarded as the most important artistic showcase for brass band music making in the world.

16 world premieres will be given, reflecting the festival theme of travel by land or sea, with Tredegar’s performance on Saturday 27th (3.00pm) featuring first performances of Daniel Hall’s ‘Sanctuary’  as well as ‘BECH’ - a contemporary euphonium concerto featuring Belgian superstar Glenn Van Looy.

The band will also give the UK premiere of Gavin Higgins’ ‘Dark Arteries Suite’- based on the score of the critically acclaimed production Tredegar performed on with the Rambert Ballet in 2015, as well as the rarely heard Salvation Army march, ‘The Silver Star’ by Ray Steadman-Allen and the classic test-piece, ‘James Cook - Circumnavigator’ by Gilbert Vinter.

“This will be the fourth year in a row we have been invited to perform at the festival, and shows the regard the band is held in as one the world’s leading concert performers of serious brass band repertoire,” MD Ian Porthouse said.

“Our reputation as leading interpreters of contemporary music is well known and so we’re delighted to give two world premieres and a UK premiere at the event.  We already have a close working relationship with Daniel Hall, whilst it will be great to link up with Glenn Van Looy on what promises to be a fantastic euphonium concerto from Swiss composer Ludovic Neurohr.”

This will be the fourth year in a row we have been invited to perform at the festival, and shows the regard the band is held in as one the world’s leading concert performers of serious brass band repertoire

Ian added: “All that and we showcase Gavin’s remarkable music from the ‘Dark Arteries’ ballet and shine a light on two great classics – the march ‘Silver Star’ and Vinter’s wonderful ‘James Cook’, which is music to stir the heart of any brass band lover.”