A handy bit of 21st century technology will help visitors to the bandroom enjoy 170 years of history. 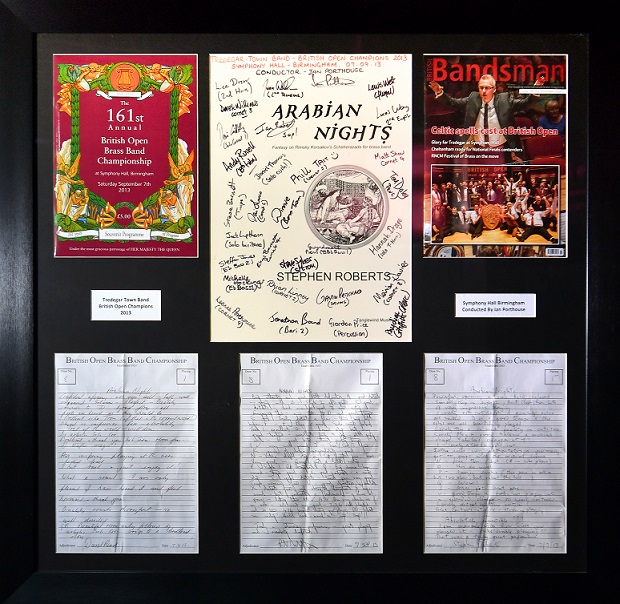 Visitors to Tredegar Band will soon be able to find out more about its proud history thanks to the start of the latest phase of its extensive Heritage Lottery Fund Project.

A series of QR coding stickers will seen next to artefacts, pictures, memorabilia and trophies that are currently on display at their rehearsal room headquarters, enabling people to use an app on their mobile phones or tablets to access additional information on each item.

It forms part of the second phase of an extensive project that aims to interpret the social, cultural and musical achievements of the band since its first recorded public performance in the town in 1849.

A great deal of work has already been undertaken - including the start of a series of recordings of original and non-copyright repertoire that link to the project, as well as extensive research into the band's history.

This includes information on the lives of its earliest conductors and newspaper reports of its activities, to the cataloguing of memorabilia and digitisation of documents and music.

Tredegar has and will always be a community band - one that proudly carries the name of the town wherever it performs. It has a remarkable story to tell - as relevant today as it was nearly 170 years ago

MD Ian Porthouse said that despite recording the history of the band, the project will also retain current day relevance.

"Tredegar has and will always be a community band - one that proudly carries the name of the town wherever it performs. It has a remarkable story to tell - as relevant today as it was nearly 170 years ago.

We want to bring that story to life and make it accessible and enjoyable to people all over the world.

It's an ambitious, on-going project with many different strands, but one that we hope will encourage other bands to be inspired by."

Further developments will soon see the production of live heritage broadcasts as well as a series of interviews with people historic connections to the band.

The project is due to be completed by 31st December 2018.