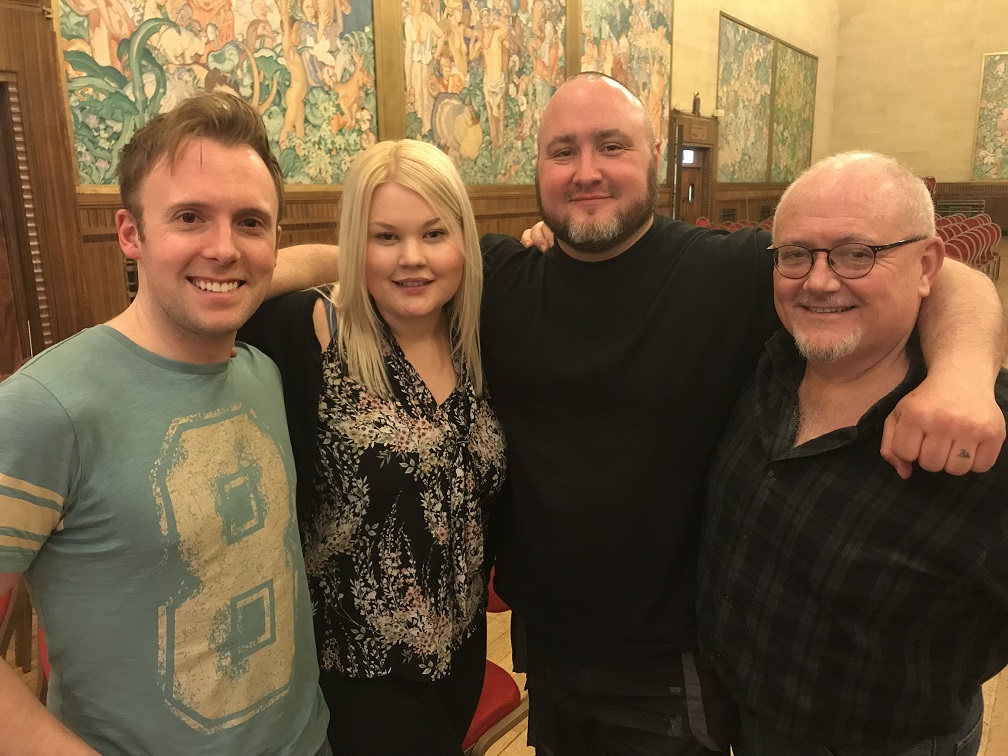 There was a warm welcome for one of the band most popular former players this week as Alyn James and his wife Pam popped into the Brangwyn Hall in Swansea to hear the band in rehearsal ahead of its Welsh Regional Championship appearance this weekend.

Alyn (right - with the horn section team of Chris Davies, Hannah Rogers and Danny Winder) made his final appearance with Tredegar at the Royal Albert Hall in London last October – leaving on a high after just missing out on the title as they came runner-up to Brighouse & Rastrick.

He’s since been enjoying ‘retirement’, although typically he has been busier than ever with his reclamation hobbies and family.

“I miss the playing in a band like Tredegar and the amazing quality of the music making, but I’m still busy with other projects,” he said.

It’s nice to be able to relax, but I will be keeping an eye out for the band. Tredegar never leaves the blood

And although he hasn’t quite started on his plans to make swords in a forge in his band garden, his remarkable DIY skills has seen him produce furniture for the family from reclaimed materials.

“I will get around to starting the sword making one of these days,” he laughed as he revealed that he and Pam will soon be cruising around the Mediterranean.

“It’s nice to be able to relax, but I will be keeping an eye out for the band. Tredegar never leaves the blood.”