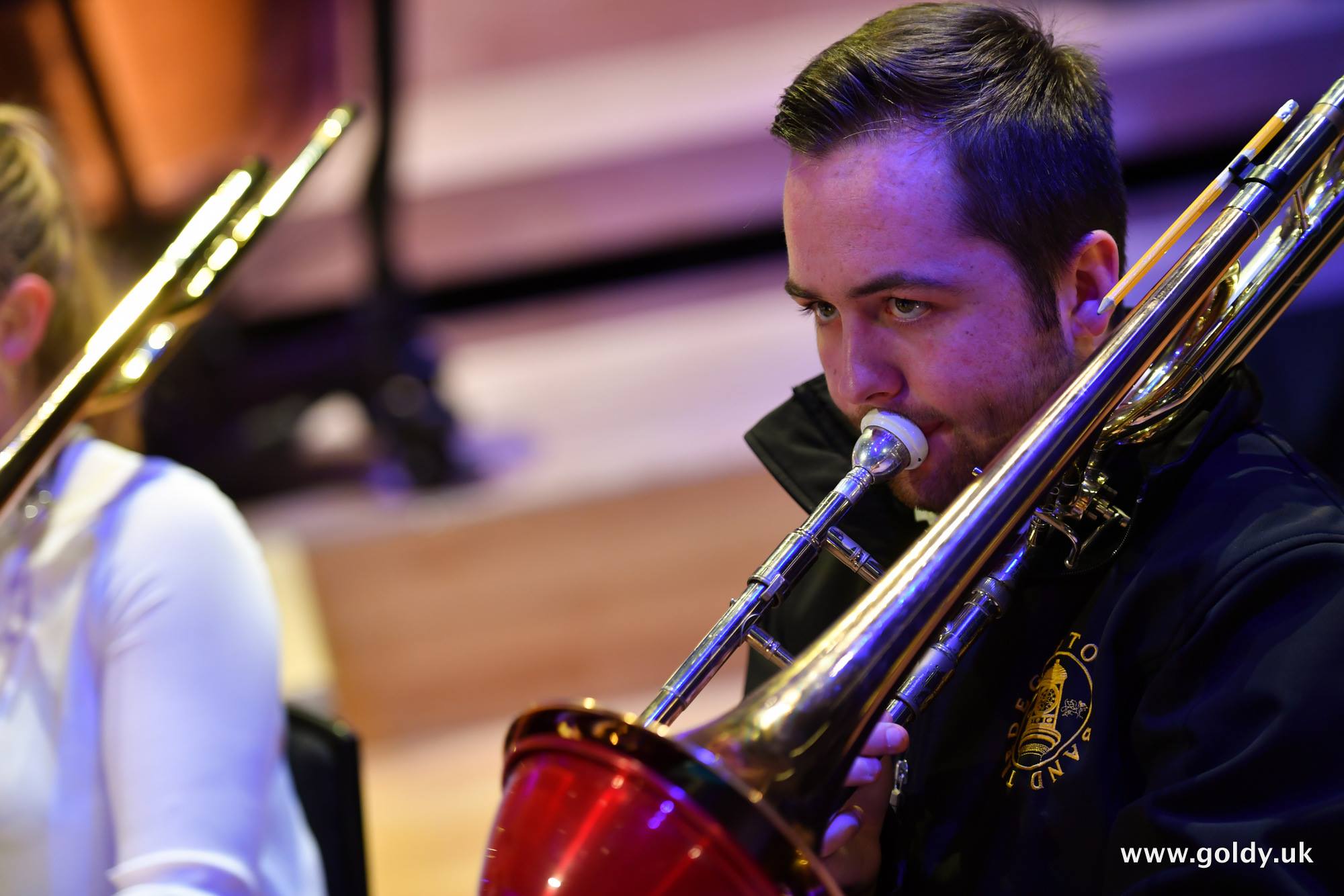 Tredegar’s solo trombone player Ryan Richards is certainly making a name for himself with both his playing and conducting.

He was recently asked to play with the Wallberg Band at the elite level Swiss Open Championship, where the ‘scratch band’ made up of both local and international players get together just a few days before the contest to combine hard work with plenty of fun.

It's the latest high profile link that has been established by Ryan following the recent announcement that he had joined the stable of Rath Trombone artists.

It's the latest high profile link that has been established by Ryan following the recent announcement that he had joined the stable of Rath Trombone artists.

However, before he left however, Ryan hosted Belgian cornet star Lode Violet, who came along to play, conduct and adjudicate at Bedworth Brass, where he is also making a growing mark as a conductor.

Lode repaid his hospitality by taking time out to visit his band who are busy preparing for their forthcoming appearance at the Bolsover Festival of Brass competition and their annual concert next month.

Ryan told 4BR: "It was so good of Lode to give up his spare time to come along and join us at rehearsal. He's an amazing player and was able to inspire us all. It really gave the band a huge boost."

Lode replied: "It was a great trip to see Ryan conducting and to hear Bedworth in action. They are a fine band and there is a great atmosphere in rehearsal. I'm sure they will do well at the forthcoming Bolsover contest."