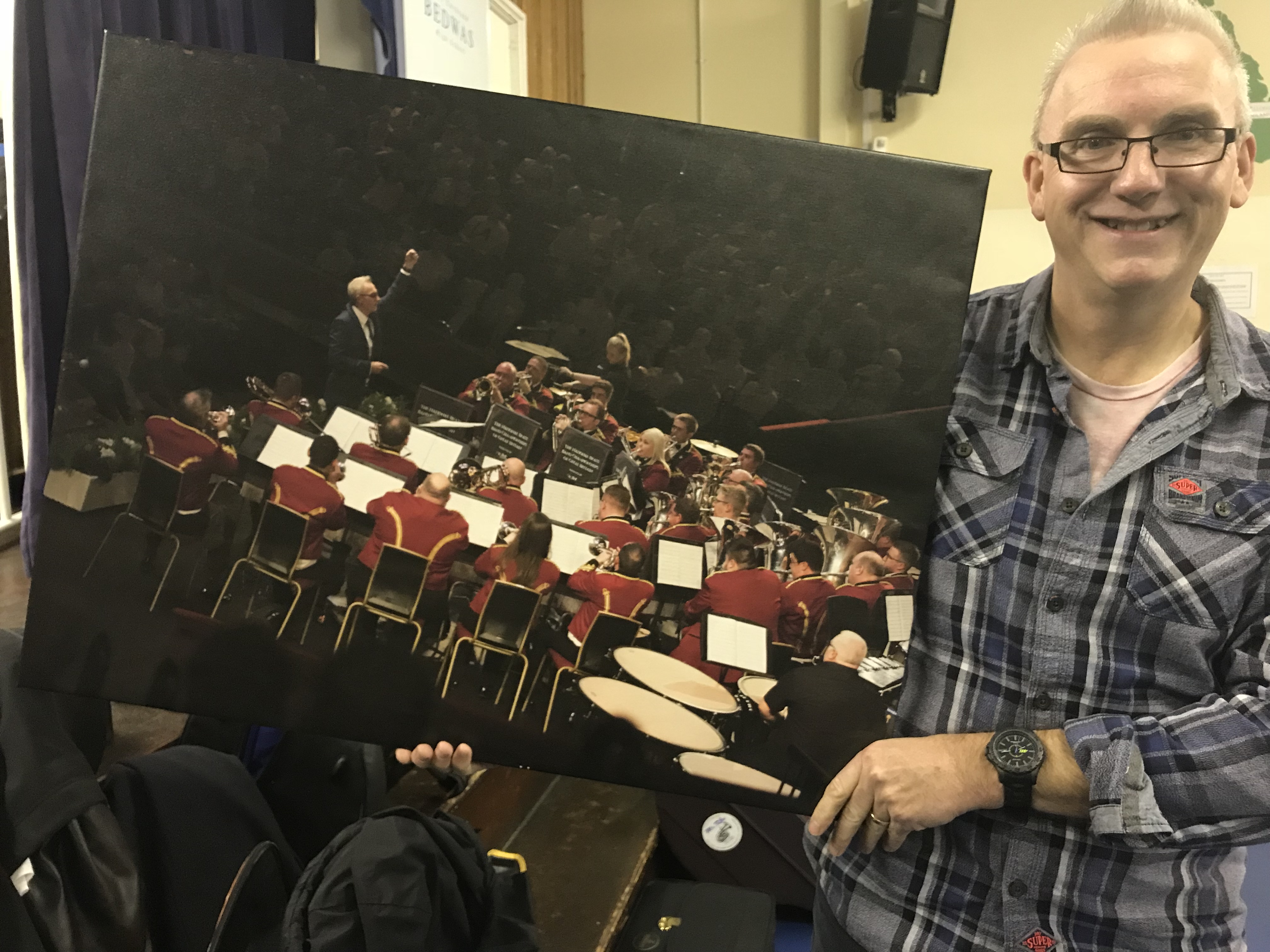 There was a surprise presentation made at Tredegar’s final rehearsal before they headed to perform in concert in Cumbria on Saturday evening and compete at the Brass in Concert Championship the following day at Sage Gateshead.

To mark MD Ian Porthouse’s 50th birthday, the players presented him with a framed canvas that captured the last chord of their performance of ‘Gallery’ at the recent National Finals at the Royal Albert Hall.

The fantastic image was taken by Ian Clowes of Goldy Solutions, and shows Ian with arm raised in salute as the band give it their all on the last chord of the piece in a performance that saw them come runner-up.

Ian was delighted with the present, especially as it will now hang in his brand new state of the art garden studio (a very nice garden shed to the rest of us!) - his family’s 50th birthday present to him.

“It means a great deal to receive something like this from the players," he said.

Gap for another one

"They give so much for me week in week out, but as the picture shows, the end result was well worth it - even if it records the second time we’ve come runner-up at the Albert Hall together!”

However, Ian also said that he will leave a gap on the wall for another picture. “I’ll be leaving room for the one that shows us winning the trophy.”