Music great and Small in Ebbw Vale this weekend 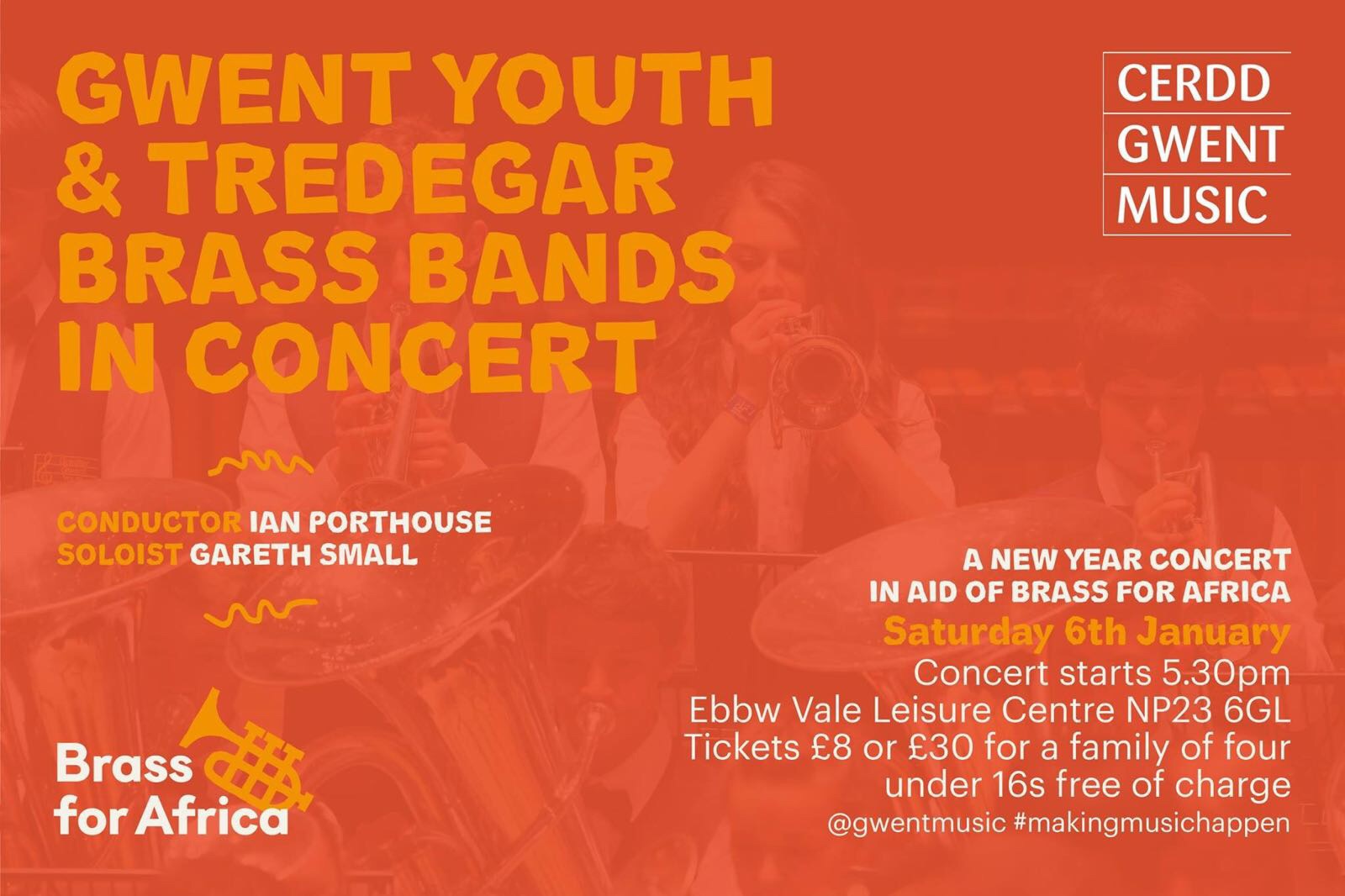 Tredegar kick-starts its 2018 season with a concert in Ebbw Vale this weekend as guests of the Greater Gwent Youth Band and trumpet virtuoso Gareth Small.

As well as being the annual end of course concert for the talented youngsters, the event at Ebbw Vale Leisure Centre on Saturday 6th at 5.30pm will support the Brass for Africa Charity - an organisation that undertakes inspirational work with children in one of the poorest regions of the world.

Set up in 2009, the organisation has provided incredible opportunities to over 1,000 children and young people, developing a successful, scalable model for delivering music education. It has established 17 projects at ten different sites in Uganda, and at two sites in Liberia.

The concert will feature entertainment for everyone, with MD Ian Porthouse leading the bands in music that encompasses ‘Star Wars’ to ‘Gypsy Dances’ and Judy Garland to Lionel Ritchie, whilst Gareth, the Principal Trumpet of the Halle Orchestra, will wow everyone with music from Kenny Baker and Barbara Streisand to film classics and hot Flamenco.

The concert supports a wonderful cause, so I hope as many people as possible come along and enjoy it – I know the band certainly will - MD, Ian Porthouse

“It’s a great way to start the year,” Ian Porthouse said. “The band has enjoyed their end of year break but we are now eager to get back in the concert saddle, whilst it’s a fantastic opportunity for brass band fans to hear one of the world’s great trumpet players in action - and he’s a Welshman of course!”

He added: “The Greater Gwent Youth Band is packed with emerging playing talent and it’s great to work with them this week alongside Gareth and the tutors.

The concert supports a wonderful cause, so I hope as many people as possible come along and enjoy it – I know the band certainly will.”