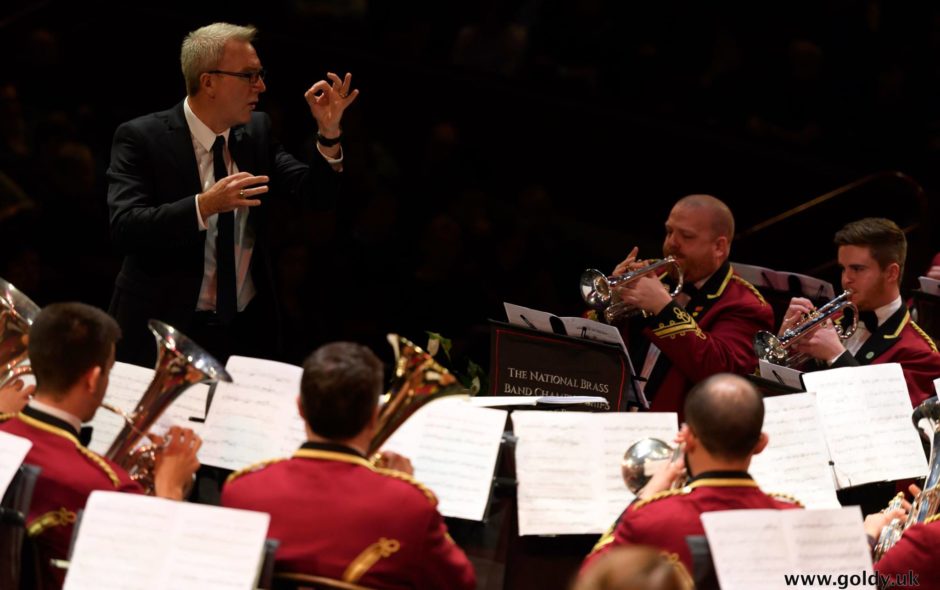 Original works by composers Dorothy Gates, Oliver Waespi, Liz Lane, Gordon Langford and Herbert Howells are to be featured by Tredegar Band on their forthcoming concert appearance in Birmingham.

Entitled ‘Brass Splendour: Past, Present, Future’ it will take place at St Paul’s Church in Birmingham on Wednesday 21st June (B3 1QZ) at 7.30pm, and is the latest musical partnership showcasing the band in its role as Brass Band in Residence at Birmingham Conservatoire.

It will also see them link up with the Conservatoire Brass Band under the direction of MD and Director of Brass Band Studies Ian Porthouse, to present significant compositions, including the rarely heard ‘Tenor Horn Concerto’ by Gareth Wood, performed by Tredegar’s solo horn player Christopher Davies.

“This a major opportunity to present works that span different musical eras for the brass band medium,” Ian said. “Howells' ‘Pageantry’ is an iconic classic, whilst Oliver Waepi’s ‘The Raid’ comes from the pen of one of the current movement’s pre-eminent compositional voices.

Liz Lane and Dorothy Gates write such evocative music - with ‘The Silver Rose’ and ‘Hope’ already gaining widespread critical acclaim, and it will be good to hear Gordon Langford’s wonderful ‘Rhapsody for Trombone’, played by our prize –winning Conservatoire student Ryan Richards, as well as Gareth Wood’s demanding ‘Horn Concerto’.”

He added: “Our role as Brass Band in Residence is one we take very seriously in providing students with the opportunity to study as well as perform major compositions for the medium, and my thanks go to Head of Brass, Chris Houlding for once again providing the platform to showcase them in this innovative way.”

Find out more and book tickets: