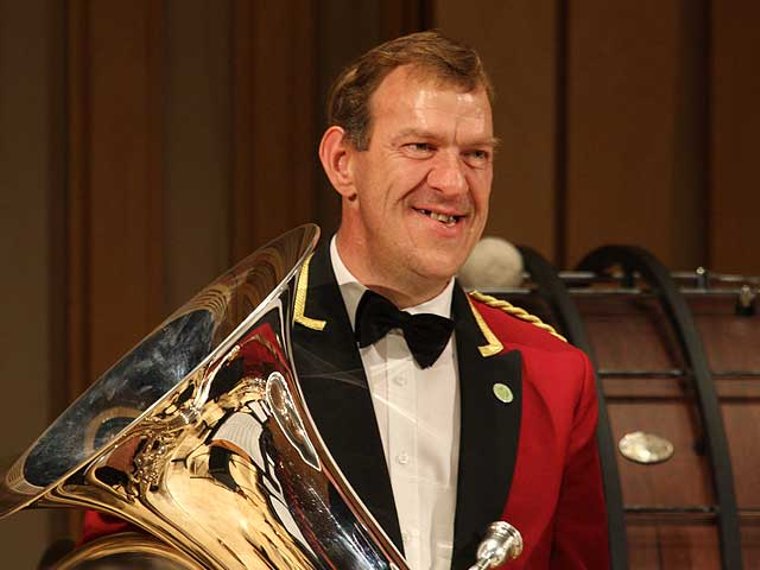 The final Welsh League Contest of the season was recently held in Merthyr Tydfil where Tredegar Band was once again proud to present the Gwyn Press Memorial Trophy to the youngest tuba player in the Youth Section.

Gwyn died in January 2015 at the tragically young age of 48, and the band wanted to ensure that his memory would be celebrated with the presentation of a trophy that bears the inscription, 'to inspire the next generation of young tuba players...' – something that would have made one the most popular players ever to wear the famous burgundy stage jacket (above) proud as well as laugh out loud in his wonderful gravelly voice.

This year’s presentation was made to Ned Falloon, aged 10, of BTM Learners, a cracking young man and fantastic tuba prospect who according to BTM Secretary Carolyn Jones is destined to be every bit as good and even as mischievous as Gwyn himself.

“Ned is so enthusiastic and a real character,” she said. “His playing is coming along at every rehearsal and this award will have given him another huge boost of confidence.

I know he was thrilled to receive the award and we are also delighted that the memory of Gwyn Press is recalled in this way year after year.”