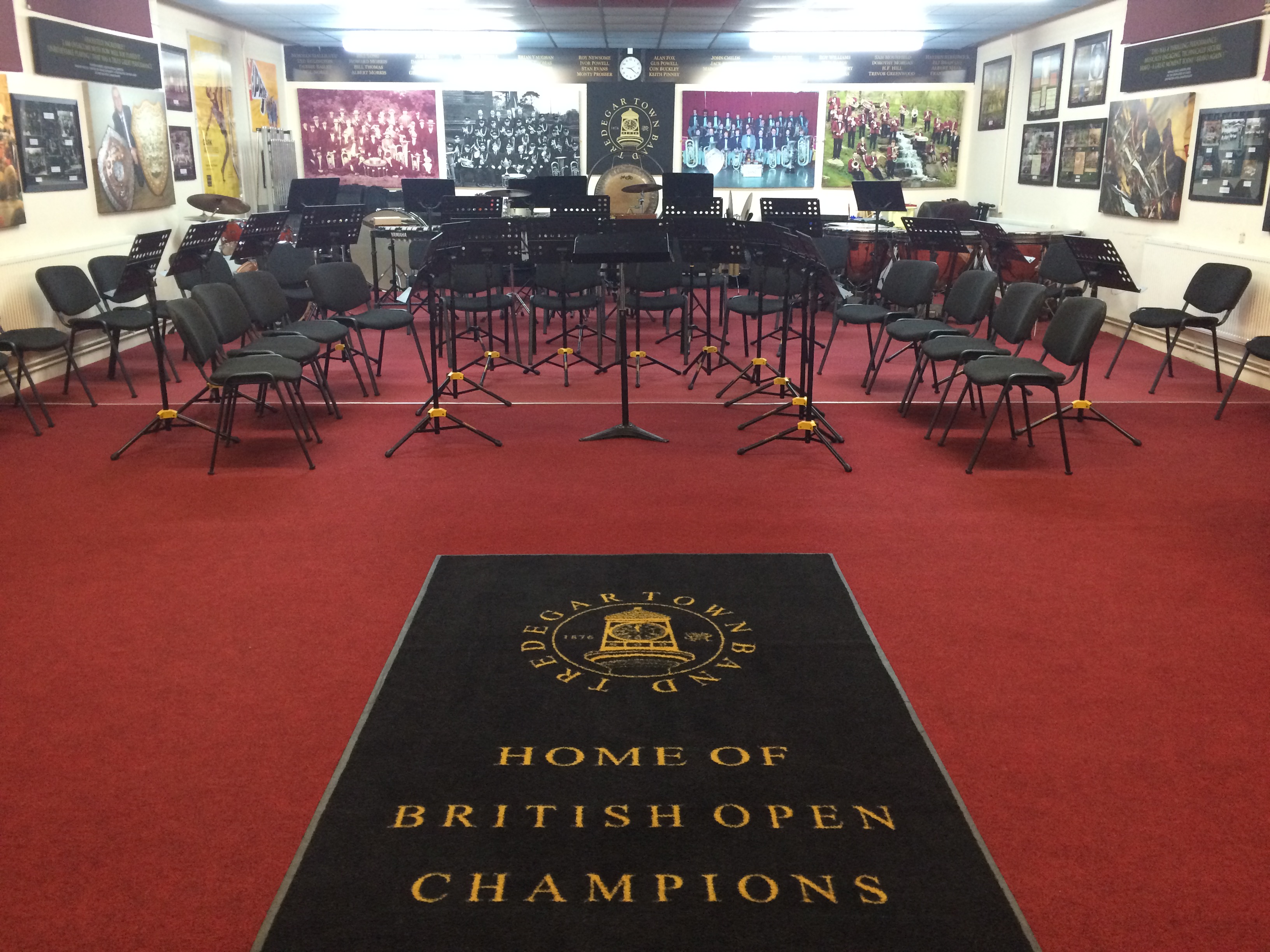 Tredegar recently produced its first Facebook broadcast from the its rehearsal headquarters - a brand new venture that it hopes will see them link up with supporters and brass band lovers all over the banding world.

The aim is for it to become a regular ‘live’ broadcast feature, with the band not only performing music that will form part of two CDs being produced for its important ‘Heritage Lottery Fund’ project, but will also feature plenty of news, chat and sneak previews of some of the other major projects and events in the calendar for the rest of 2018 and beyond.

The first ‘test run’ broadcast featured some of the heritage music that will eventually be recorded for the two free ‘Heritage’ CDs.  The first was an arrangement of ‘Penny Lane’, made for the band’s 1981 LP called ‘Sing Lennon & McCartney’ alongside the Richard Williams Singers and Risca Male Voice Choir.

Oddly, the LP came in blue vinyl and featured 13 tracks, with ‘Penny Lane’ opening side 1.

Also performed was music from a totally different era, with a cracking arrangement of excerpts from Wagner’s first opera ‘Die Feen’ (‘The Fairies’).

The piece was performed by Tredegar under the baton of Sam Mounfield at the famous Crystal Palace in London in 1935 in the Junior Shield A Contest against 31 other rivals.

We still have a little bit more technical work to do to get it perfect for the live broadcasts, but it’s going to be another exciting addition to the website and how we reach out to a new audience around the world, so keep tuned in!#Ian Porthouse

Although there is no record of where the band came that day, the piece has remained tucked away in the band library ever since - complete with graffiti from the EEb tuba players of the time that including cut-out figures of ladies in negligees!

“This was the test broadcast for us to check that everything was working,” MD Ian Porthouse said. “We still have a little bit more technical work to do to get it perfect for the live broadcasts, but it’s going to be another exciting addition to the website and how we reach out to a new audience around the world, so keep tuned in!”