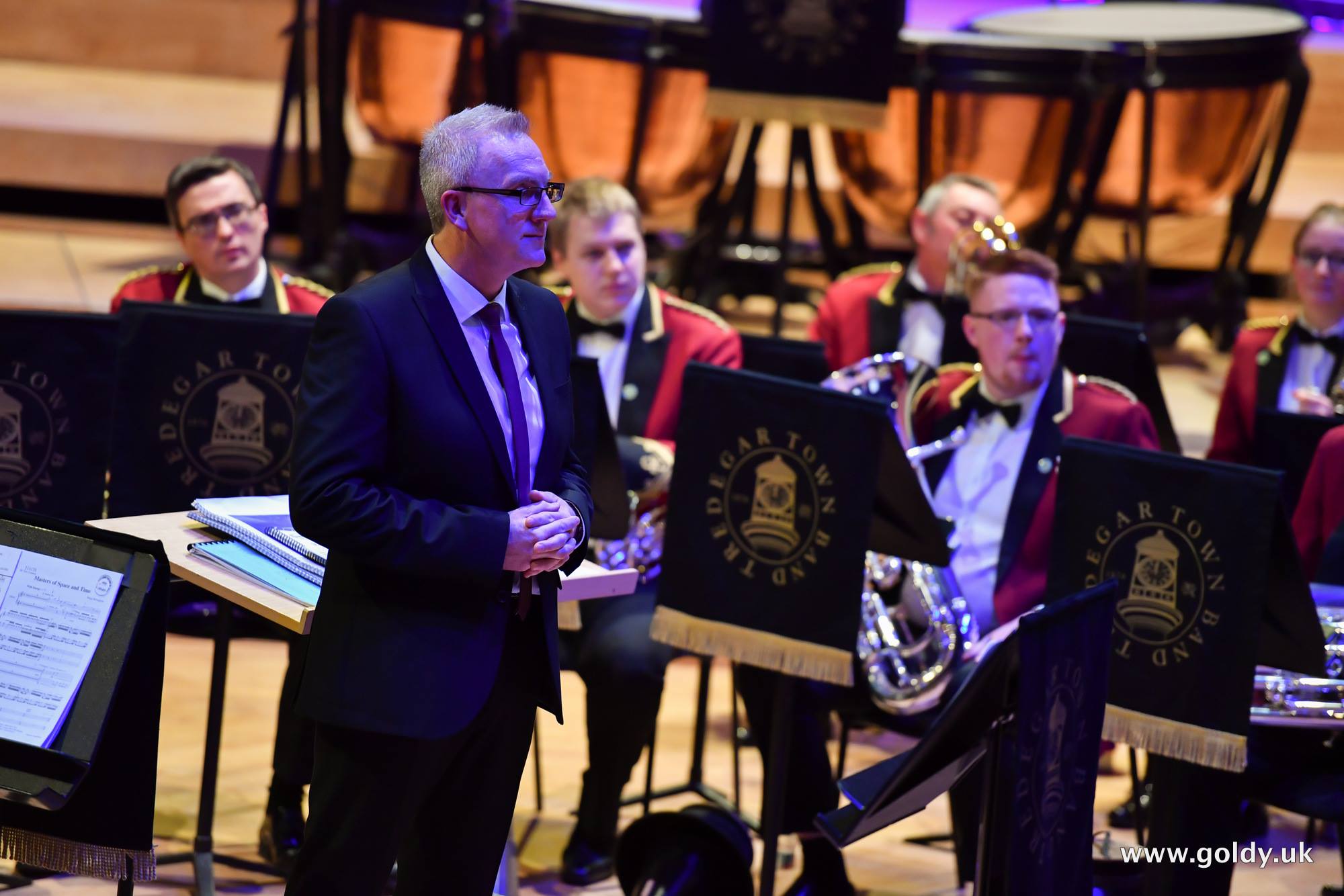 An innovative autobiographical commission for euphonium star Glenn Van Looy is currently being written by Swiss composer Ludovic Neurohr to be premiered at the 2018 RNCM Brass Band Festival.

Entitled, 'BECH' the concerto forms a travelogue that charts the development of the Belgian's musical as well as personal life - from his formative years in Belgium to the current time living, working and playing in Switzerland.

It will be performed alongside Tredegar Band as part of their concert performance at the festival.

"The title comes from the German notation as a leitmotiv," the composer said. "The BE for Belgium and the CH for Switzerland links the geographical travelogue as well as the musical time-line of Glenn's life."

Ludovic added: "It's a work that reflects on his life as well as how the modern application of technology can play a part in its telling now and in the future."

The performance will see Glenn start the work in a totally different auditorium to the band — a metaphor of the hours of lonely personal work that he had to undertake early in his musical career.

It also offers a tantalising glimpse into a future where technology will increasingly be used to bring players from different parts of the world to perform together.

Glenn will then move to another auditorium to perform with a brass quartet - furthering the musical metaphor as his playing developed.

He will eventually join the band in the main theatre as his life and musical journey reaches its current apex, drawing links through the music to his move to Switzerland, his marriage and his new professional life.

Tredegar is also the perfect band to perform it with him, as they have such a fine reputation of seeking out contemporary challenges and breaking new boundaries. I hope it will be a project that opens new performance horizons.

"It's a concept I have thought a deal about in recent years," Ludovic continued.

"Glenn is such an innovative performer that we felt this was a unique way to explore his musical as well as personal journey.

Tredegar is also the perfect band to perform it with him, as they have such a fine reputation of seeking out contemporary challenges and breaking new boundaries. I hope it will be a project that opens new performance horizons."

Tredegar MD Ian Porthouse agreed. "We have always sought adventurous musical challenges as a band, so this is certainly a work that appeals to us.

Ludovic is a composer with such a fertile imagination and Glenn is a performer who has no fear, so I'm sure it's going to be a work not to be missed."