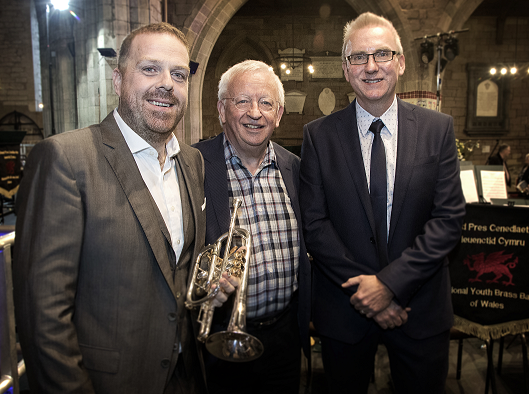 The concert under the direction Ian Porthouse was the opening event of the high profile festival founded in 1972.

Dewi's performance was brilliant. It's great that through the band, Wales continues to produce musical talent like that - Ian Porthouse

"I'm very proud to be the President of the National Youth Band of Wales, so to hear them open such an important festival in such splendid fashion certainly added to that," Edward Gregson said. “My congratulations go to Ty Cerdd, Ian Porthouse and of course to Dewi Griffiths who gave a thrilling performance of my Concerto."

In reply Ian Porthouse added: "It was such a thrill for the players to know that Prof Gregson was in the audience to hear them. He has been the guiding artistic light for the band over 35 years, and I hope for many more to come.

Dewi's performance was brilliant. It's great that through the band, Wales continues to produce musical talent like that."