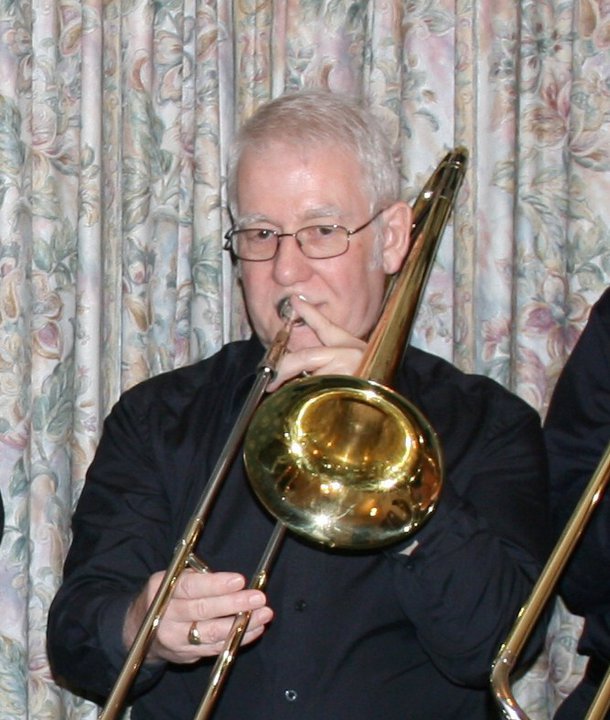 The death has been announced of former Tredegar trombone player Mike Tilley. He was aged 71.

Taught by his father, the conductor of Celynen Band near Newbridge in south Wales, he became a much admired bass trombonist.

He later joined Tredegar, enjoying considerable success, before making the transition to tenor trombone and playing with the band as they won the Champion Band of Wales title and came third at the 1991 European Championships in Rotterdam.

A highly respected headmaster at a local school in Crumlin near his home town, he subsequently travelled across the River Severn to join the Sun Life Band, where he enjoyed a fine tenure as principal trombone.

Following their demise he returned to play with a number of bands and ensembles, and was one of the most sought after 'pit' players for local amateur dramatic and school productions in south Wales - always willing to give of his time to help out.

Following a serious road accident, he made a long awaited banding return in 2011, with a thoroughly enjoyable period playing with Abertillery & District Band, as well as with a number of local jazz, big band and swing ensembles.

Nigel Weeks, conductor of the National Band of New Zealand, who worked and conducted with him during his time as MD at Tredegar said: "It's so sad to hear. Mike was a super player — classy and solid. It was always a pleasure to conduct a band with him in."

Meanwhile, Band Chairman Alwyn Powell added: "This has come as very sad news to everyone in Welsh banding, and especially at Tredegar. Mike was a valued member of the band and a player of great distinction throughout his banding career."

The funeral will take place on Tuesday 18th July at 12.45pm at St Catherine's Church in Pontypridd, followed by a service at Thornhill Crematorium at 2.45pm. Music will be provided by a band made up of friends and colleagues.