Horn soloist Chris Davies will debut on CD and streaming services this coming weekend, accompanied by the Tredegar Town Band. 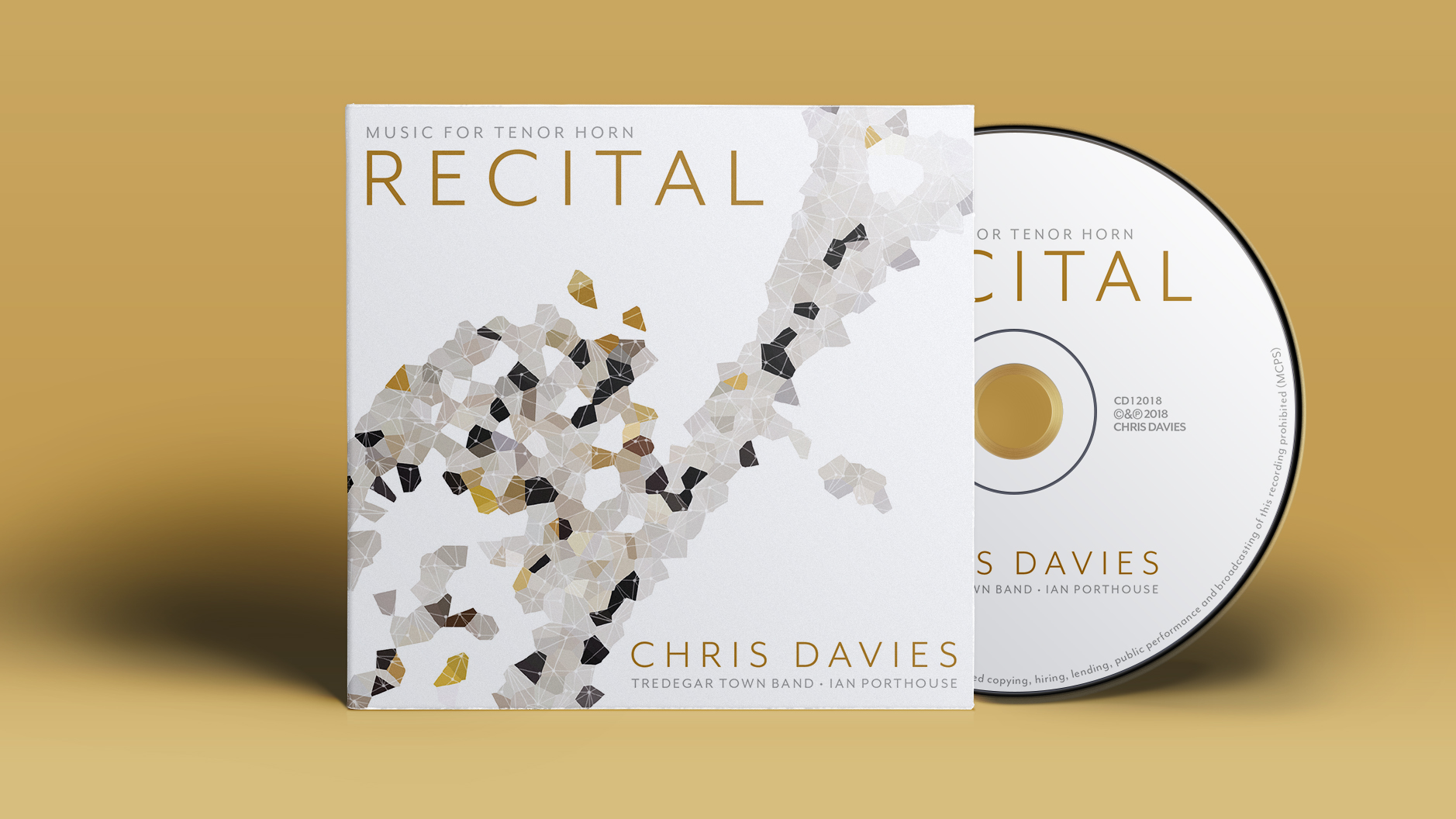 Horn soloist Chris Davies will debut on CD and streaming services this coming weekend, accompanied by the Tredegar Town Band under Ian Porthouse. Entitled Music for Tenor Horn: Recital, this new album explores the versatility of the instrument, both through its own repertoire and repertoire borrowed from elsewhere.

‘We don’t have enough recordings of the tenor horn’, says Chris Davies, Tredegar Band’s principal horn and disciple of Owen Farr. ‘It’s a wonderfully versatile instrument, with some excellent repertoire, but the number of recordings is remarkably small. Hindemith – for example - wrote a fantastic sonata for alto horn, yet almost all the recordings I’ve heard are performed on the French horn. Then there’s the long list of pieces written for the instrument that are pretty much neverrecorded full stop!’

Recital’s genesis lies in the soloist’s view that this is a situation that ought to be rectified. ‘There are so many people who love to hear the tenor horn played – and some who need to hear it played, like students and performers of the future – so I wanted to make at least some contribution to the body of recordings’ Chris added.

The CD is replete with eclectic repertoire, with one eye on original horn repertoire and the other on arrangements that suit the instrument from other worlds. Perhaps the centrepiece is a rare recording of Gareth Wood’s Concerto for Tenor Horn, written for Owen Farr in the mid-2000s. John Golland’s Meiso is another rarity. Originally written for the Black Dyke Band’s tour of Japan in 1990, Davies takes on the role of Sandy Smith alongside Tredegar’s principal baritone Ben Stratford in a marriage of silken tone and lyricism.

Recital showcases new arrangements too. Alongside stalwarts like Howard Snell’s take on Ravel’s Pavane and Michael Hopkinson’s fiendishly difficult arrangement of the finale from Mendelssohn’s Violin Concerto, are some of Davies’ own arrangements. The fourth movement of Mahler’s Second Symphony is treated with a tender touch by soloist and band alike, while the finale of Richard Strauss’ Horn Concerto No. 1 receives a cheery, yet impressive rendition.

‘This is a tremendous new album’, said Ian Porthouse, who conducted throughout the recordings. ‘Chris is a super player – a rare blend of incredible technique and beautiful sound that we don’t hear enough these days. It was a pleasure for us all to record Recital, especially with the guiding hand of Paul Hindmarsh crafting the performances throughout’.

Music for Tenor Horn: Recital will be available on both Spotify and Amazon Music, with a limited print of physical copies available through the 4barsrest shop.