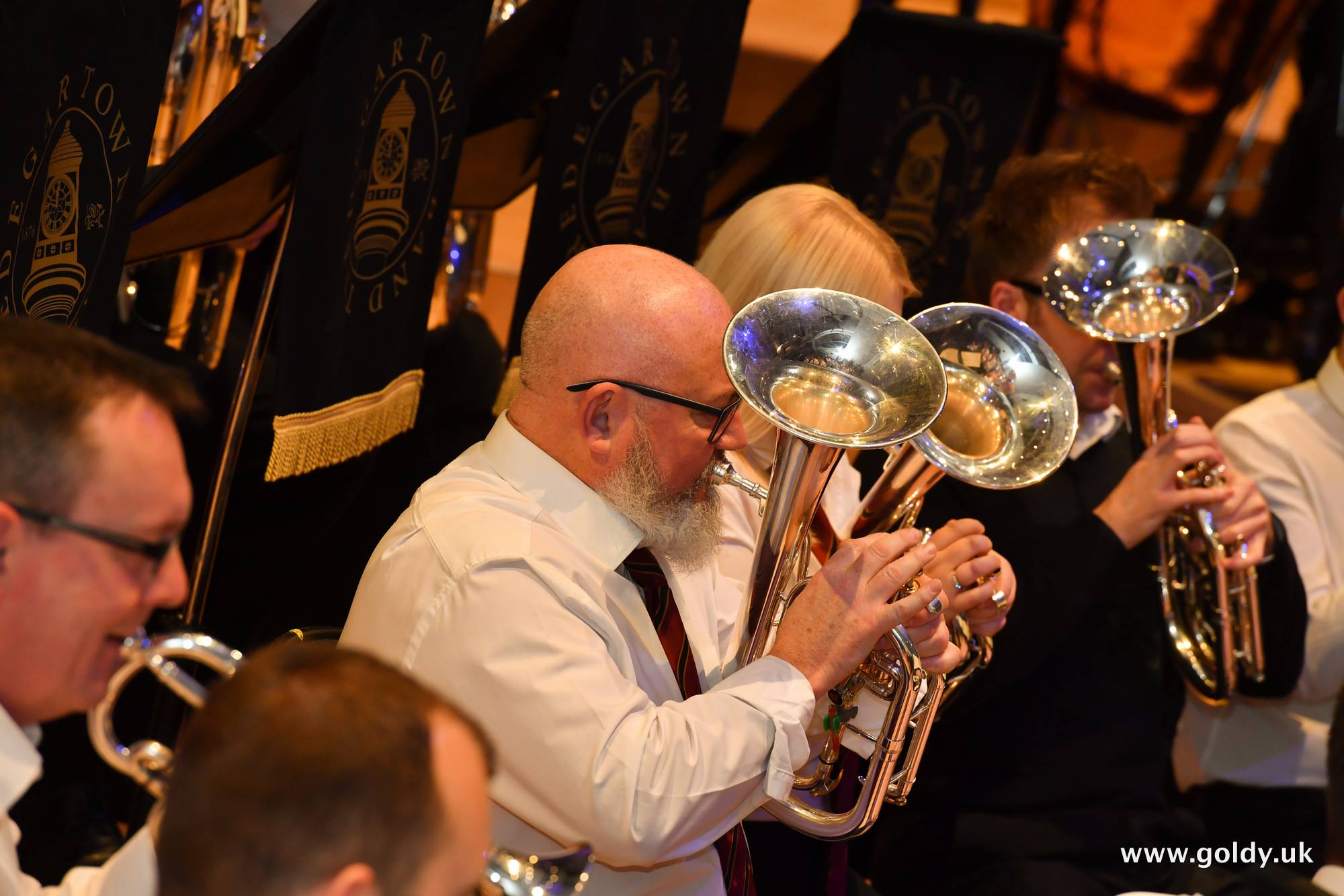 Tredegar has said a fond farewell to horn player Alyn James, who made his final appearance with the band at the recent National Finals at the Royal Albert Hall.

And it was almost the perfect way for Alyn to end what has been his second stint back in the ranks as the band missed out on taking the title by the narrowest of margins.

Alyn returned in 2016 with his son David, and made an immediate impact as Tredegar won the Welsh Regional contest. Both became hugely popular players, with Alyn making the trip up from his home in Port Talbot to attend rehearsals and become an integral part of the band.

Recently retired, he is now taking the opportunity to indulge in his others passions, for a little while at least – as a busy grandfather to an ever expanding family, and as a fledgling sword maker!

“I've really enjoyed what I hope will be my penultimate stint at Tredegar,” he said. “I would love to return - even just to help out if needed.

There are guys in that band I'd pay to see in action, but I was lucky enough to get to watch and listen to them for free, twice a week. It's amazing how much an old man can continue to learn if he mixes with the right people!”

He added: “Now’s the right time to enjoy something a bit different, so that’s why I’ve been looking into setting up a small forge in the garden and trying my hand at sword making. It could come in handy for some conductors...”

Now’s the right time to enjoy something a bit different, so that’s why I’ve been looking into setting up a small forge in the garden and trying my hand at sword making. It could come in handy for some conductors...

Meanwhile, MD Ian Porthouse thanked Alyn for his commitment and outstanding playing. “He’s been the rock of the horn section ever since he returned. Bands need players like Alyn to succeed - totally dedicated and so musically intelligent.

I hope we see him again, and the bandroom door at Tredegar will always be open for him, Pam and the rest of the James family. It’s been a pleasure having them all associated with us.”

He added: “We know he’s going to be busy, but I have put an early order in for one of his swords.  It could be just what I need at rehearsals...”