Tredegar's renowned reputation for innovative performance opportunities was certainly shown with their appearance at the 2017 Arts... 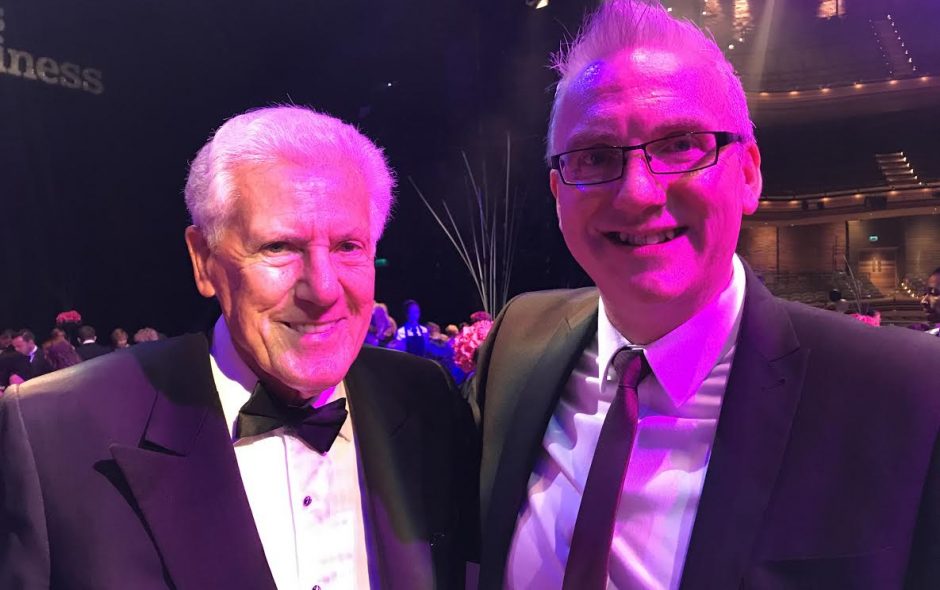 Tredegar's renowned reputation for innovative performance opportunities was certainly shown with their appearance at the 2017 Arts & Business Cymru Awards that took place from the stage of the 1900 seat Donald Gordon Theatre at the Millennium Centre in Cardiff.

The band had been invited to give a surprise live performance at the red carpet event in honour of Ian Stoutzker CBE, who along with his wife Mercedes have been remarkable supporters of the Arts both in Wales and the UK.

He was being presented with the prestigious Robert Maskrey Award for Arts Philanthropy for his generous personal support of many organisations, including The Aloud Charity, Live Music Now, Amgueddfa Cymru - National Museum Wales, Royal Welsh College of Music & Drama and Tredegar Band.

Towards the end of a short film broadcast on the huge multi-media screen above the stage, which less than 24 hours earlier had been set up for an opera performance of ‘Die Fledermaus’, the band was shown starting a rendition of ‘Folk Festival’ by Shostakovitch.

However, as the 200 guests watched from their tables a huge 90 foot high white sheet was dropped to reveal the band in full uniform completing the piece live on stage next to them.

”That was certainly a different way to play an opener - but also a great way to make an impression,” MD Ian Porthouse said as he met up with Mr Stoutzker after the performance.

“Mr Stoutzker and his wife are revered in the arts and business world for what they so generously give back to the communities and the people of Wales – including Tredegar Band.

It was real honour to be able to surprise him in this way, especially as he told me that it was the highlight of the night for him!”

Not only was the band delighted to perform at the event, but Vice-President Iwan Fox and Band Manager Matthew Shaw were also invited to be Mr Stoutzker’s guest on the ‘top-table’ alongside the Head of the Arts Council in Wales, the Head of the National Museum of Wales and the Principal of the Royal Welsh College of Music & Drama.