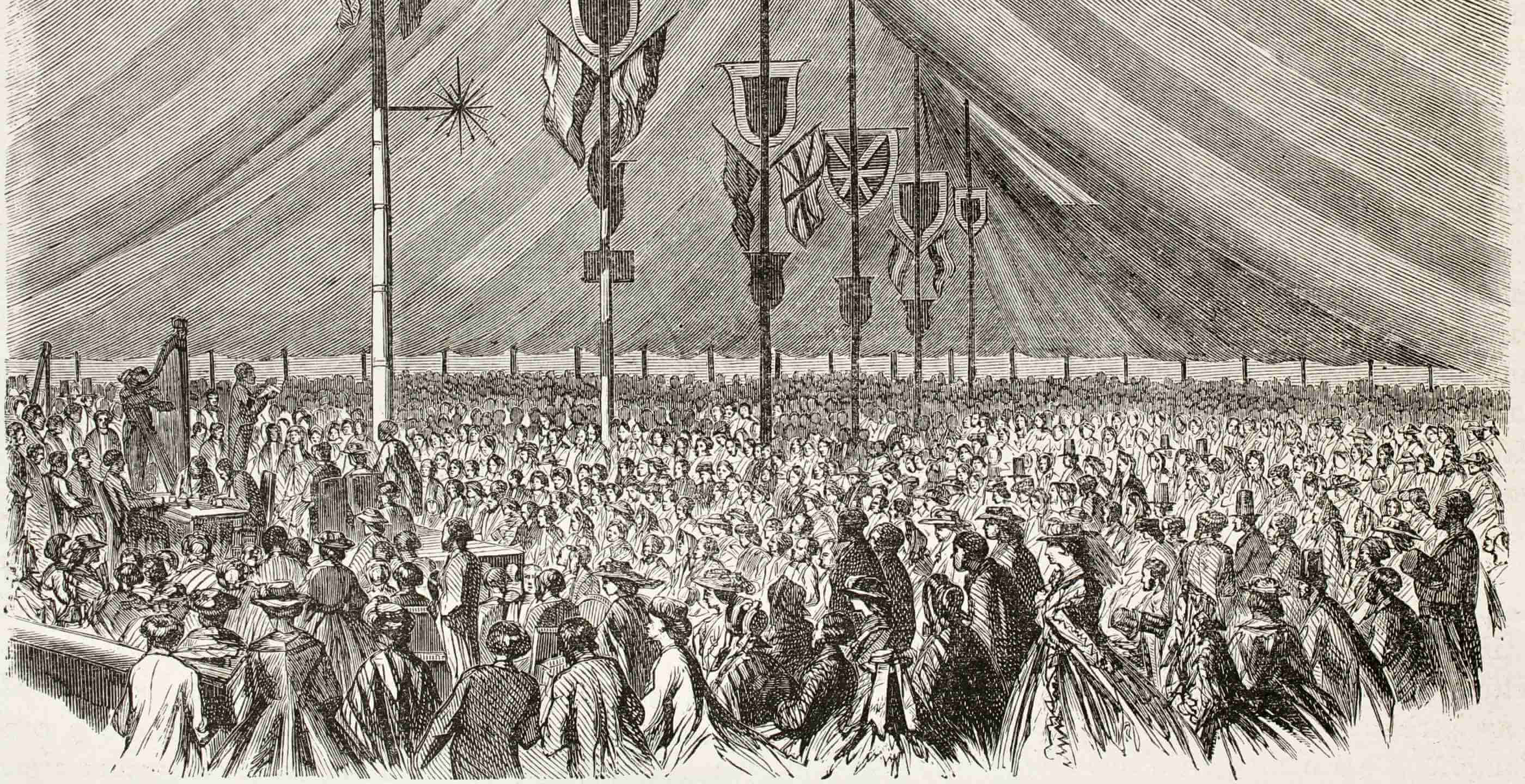 According to the Monmouthshire Merlin newspaper, it was the first time the event had returned to Cardiff since 1834, with the marquee, lent by the Marquis of Bute, over 300 feet in length and seating 6,000 people, erected in Cathays Park in the city.

It was reported that the brass band competition (open to all comers), not less than 20 in number required competitors to perform ‘Worthy is the Lamb’ and ‘Amen Chorus’, from Handel's 'Messiah'. The first prize was £10, 10s.

And although the newspaper went on to state: “Only one band put in an appearance – the Tredegar Band led by Mr Hardy", it added; "Mr Emlyn Evans, in giving the adjudication, said this band was well worthy the prize."

Meanwhile further contest success has also been found in the archives of the Monmouthshire Merlin newspaper – this time from 5th September 1880.

Following the band accompanying the ‘Tredegar Juvenile Excursion’ of the local Court Britannia to Hereford on the previous Monday, the band, under their conductor Mr Tom Hardy headed to Presteign in mid-Wales on the Wednesday to compete, "...for the grand prize of £20 and a gold medal".

It was reported that; “...at four o’clock  in the afternoon a telegram was received by Captain Shepard announcing the gratifying intelligence that the coveted honours had been duly won by Mr. Hardy and his men, and that Mr. Brinley Richards had complimented the band on their excellent style of playing.

The news was received in the town with extreme pleasure by all classes.”

The band has now recorded ‘Worthy is the Lamb’ and ‘Amen Chorus’, from Handel's 'Messiah', which will be released on a free CD as part of the band's Heritage Lottery Fund Project.