Thank you! Your submission has been received!
Oops! Something went wrong while submitting the form.
The Band

Dewi hails from Bethel, a small village in North Wales at the foot of Snowdon.

He started to play the cornet at the age of 7 with Llanrug Silver Band, quickly rising through the youth band to become principal cornet with the senior band.

In 2004, he accepted the position of assistant principal cornet at the Yorkshire Building Society Band, holding the role for just over two years before moving to South Wales, where he joined Tredegar, soon becoming its principal cornet.Dewi is considered to be one of the finest cornet players of his generation, winning numerous 'Best instrumentalist' awards; including four at the Welsh Regional Championships (2008, 2010, 2013, 2016), two in the Grand Shield contest (2009 & 2010) and the 'Best Soloist' award at the British Open Championships in 2013.

He has also been awarded the Harry Mortimer 'Best Principal Cornet' Award at the Brass in Concert Championship at the Sage, Gateshead in 2011 and 2014.

Dewi gained a BMus (hons) from the University of Wales Bangor in 2004, where he was awarded the prize for the 'Best Solo Performance'. He went on to do a PGCE, and now works as a peripatetic music teacher with Cardiff County & Vale of Glamorgan Music Service.

He has won numerous solo titles in various Eisteddfodau throughout Wales, and is currently one of two official 'Fanfare Trumpeters' for the Gorsedd y Beirdd within the National Eisteddfod of Wales - a job that puts him in the spotlight on Welsh television every year.

Dewi’s skills are sought after all over Europe as a player; with numerous visits to Norway, Austria and Holland playing with some of Europe’s finest bands at various contests, including the Norwegian, Austrian and Dutch National Championships, the European Brass Band Championships, and World Championships.

Dewi’s musical highlights include playing with the YBS Band at Sydney Opera House, and being part of the historic 2010 year with Tredegar, when they became the first band to hold the Grand Shield and the British Open titles simultaneously. 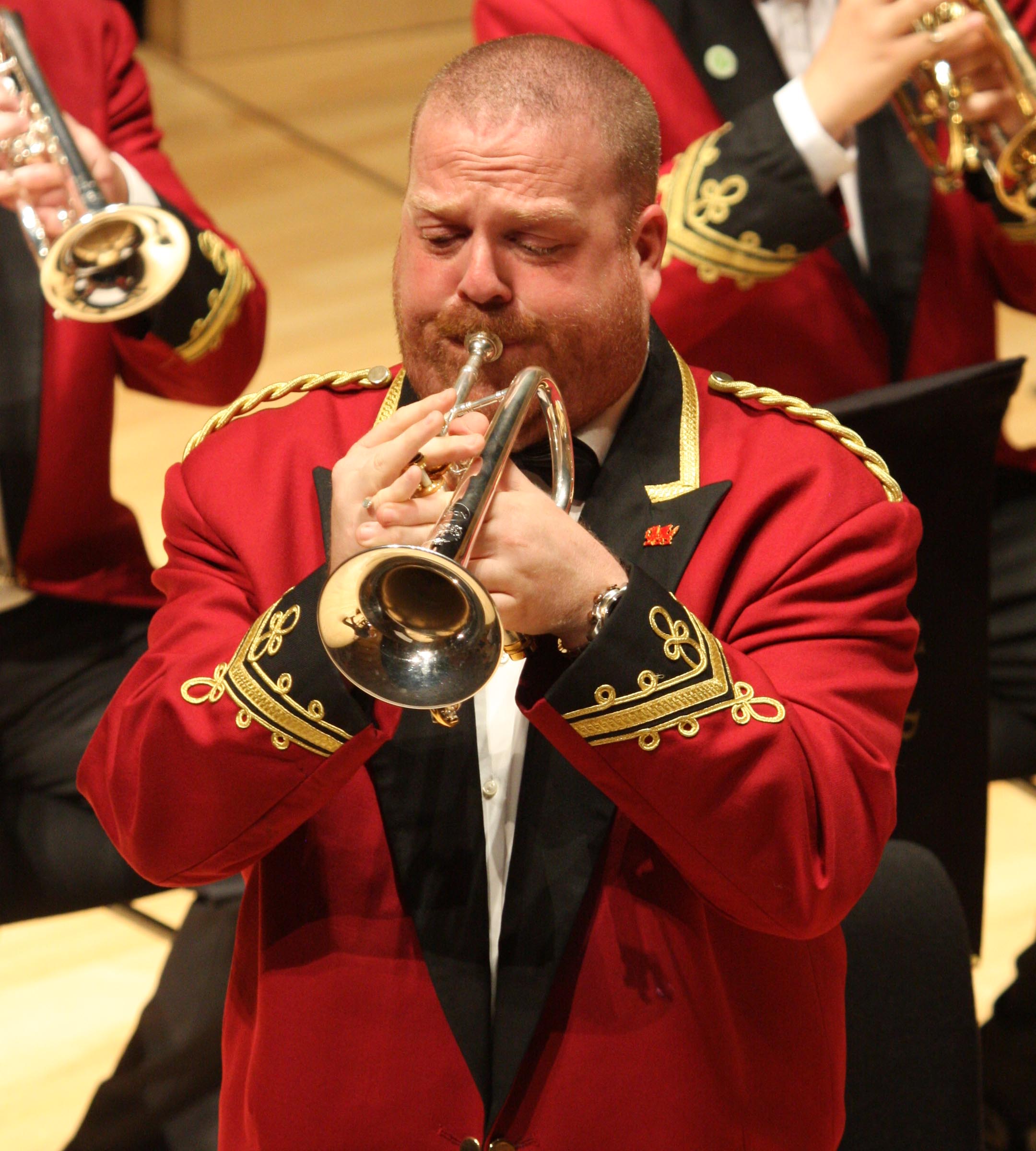 We are very fortunate to have excellent musicians in the band...