In 2010 the band, under MD Ian Porthouse became the first in history to win both the British Open Grand Shield and British Open Championship in the same year. Victory at the Grand Shield came in May at Blackpool’s Winter Gardens with a performance of Edward Gregson’s ‘Rococo Variations’. It was followed in the September at Symphony Hall in Birmingham with victory on Peter Graham’s ‘On the Shoulders of Giants’.

The image was taken by photographer Ian Clowes at Birmingham Conservatoire and can be seen in the hallway entrance to the bandroom. 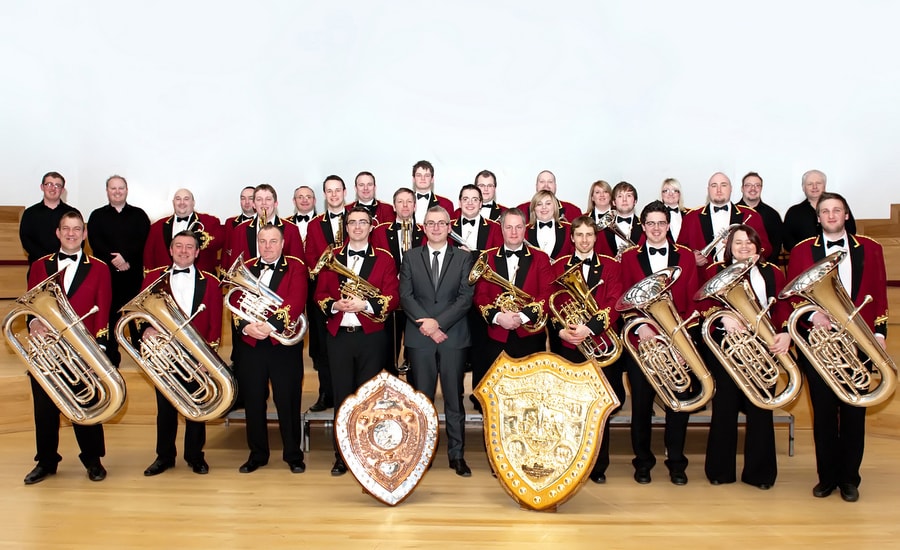