The band won the Champion Band of Wales title in 2002 following a series of four contest throughout the year against domestic opposition.

This image was taken before the band performed in a concert in Newtown in mid-Wales in October 2003 - just after they had come runner-up at the National Championships of Great Britain at the Royal Albert Hall. The guest conductor for the concert that night (not in image), which included a reprise performance of Elgar's 'Enigma Variations' which they had performed in London was Melvin White. 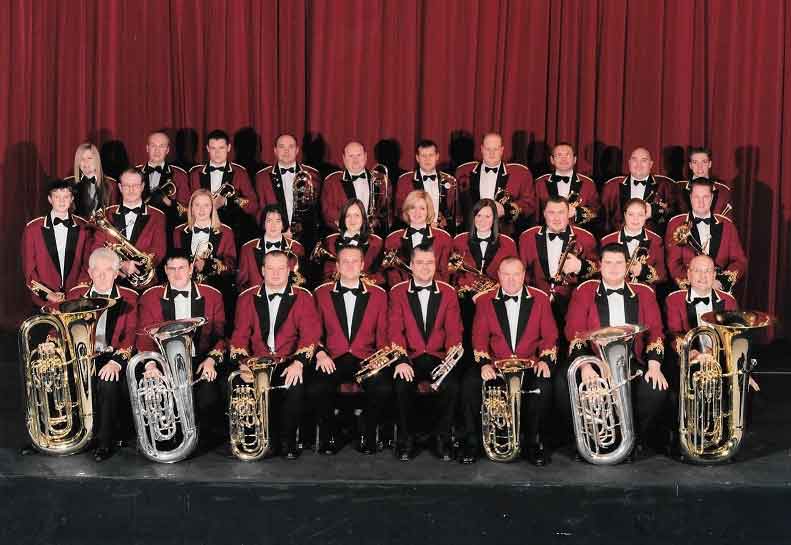