John Childs was the Musical Director of Tredegar Band from 1970 to 1977.

Born in the town, he originally, he made his name as a fine euphonium player with the band before moving to work in the Midlands mining industry in the late 1950s and play with Cresswell Colliery Band - helping them to become a major contest force.

He returned to Wales in 1967 with his young family, where led Crosskeys Band to victories at the Welsh Regional Fourth and Third Section contests, plus success at the Welsh National Eisteddfod.

However, the retirement of Cornelius Buckley as Tredegar’s conductor in 1970 saw him return to the band and to a role he later said he always cherished.

Knowing that the band had to rebuild its playing strength to be able to compete at the highest level, he was the driving force behind the formation of Tredegar Junior Band in 1970, which in just four years went from a small ‘learners’ band to become double Butlins National Champion of Great Britain in 1974 and 1975.

He also rejuvenated the senior band - claiming the Welsh Regional Second Section title in 1971, followed by the Mineworkers Second Section National title a year later, and ultimately the Second Section Championship of Great Britain in 1973.

The upward curve of progress also saw him lead Tredegar to its first ever Champion Band of Wales title in 1974, and to a memorable victory at the Grand Shield and qualification to the British Open in 1976.

The band also won its first Welsh Regional Championship in 1977 and came 7th at the British Open and 6th at the National Finals.

It was the culmination of his tenure - one that had seen him completely rejuvenate a band and put in place the foundations on which all future success has been built.

His memory is cherished: A large picture of him with his Grand Shield and Welsh Mineworkers Championship winning band of 1976 hangs proudly on the wall of the rehearsal room alongside this shield (which notes his finest successes), which was presented to him following his resignation at the beginning December 1977.

It states: ’Presented by the Management Committee of the Society to commemorate the most successful period in the history of the band since its formation in 1876’.

John Childs went on to enjoy further success with a number of other bands, and remain a close friend and supporter of Tredegar Band until his untimely death in 1985 aged 56.

The shield was donated to the band by the Childs family. 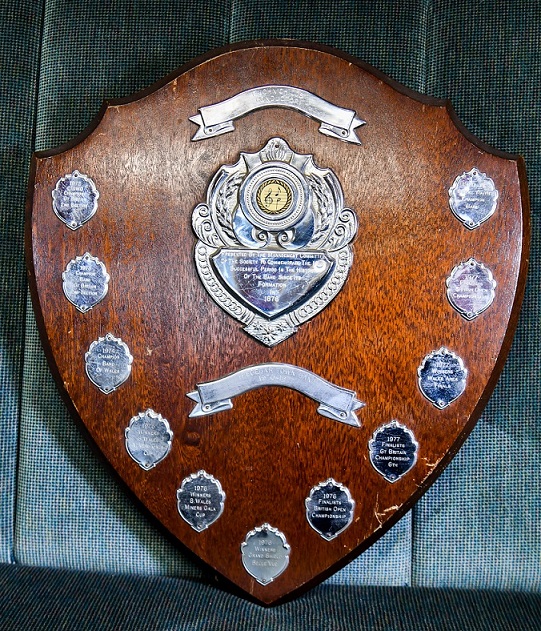