Tredegar Junior Band won the Butlins National Youth Brass Band Championships of Great Britain in 1974 and 1975 under the baton of Tudor Williams.

The following year he presented each player with a small plaque inscribed: Tredegar Junior Band Champions of Great Britain 1975 - 76

Harry Hill was owner of the local Hills of Tredegar bus company, and a supporter of the band for many years.

The trophies have been donated to the Heritage Lottery Fund project by Hywel Fox, who played cornet with the band on each success and later became principal cornet of the senior Tredegar Band. 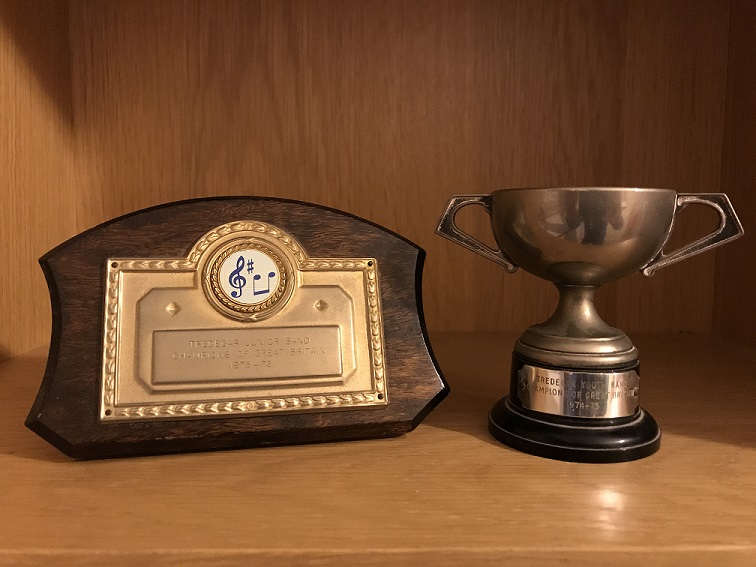