This small silver plaque was originally attached to a presentation clock given to a Mr Thomas Smith by Tredegar Workman’s Town Prize Band in October 1929 to mark 25 years service as Band Chairman.

Thomas Smith was born in Mynyddislwyn in 1854 and worked as a coal miner and moved to Tredegar with his wife Sarah Ann, in 1901. The family remain in the town to this day.

Although little at present is known of his immediate association with the band, the start of his 25 years of service coincides with the arrival of Eli Shaw Jnr as principal cornet and Bandmaster in 1904, and as Chairman, it can be assumed he helped find him employment at Tredegar Works.

Thomas Smith died aged 78, just a month after the presentation was made.

With the time-piece long since broken, the plaque had been hidden in a draw, before being discovered by the family and donated to the local history society at Tredegar Library where it is now displayed. 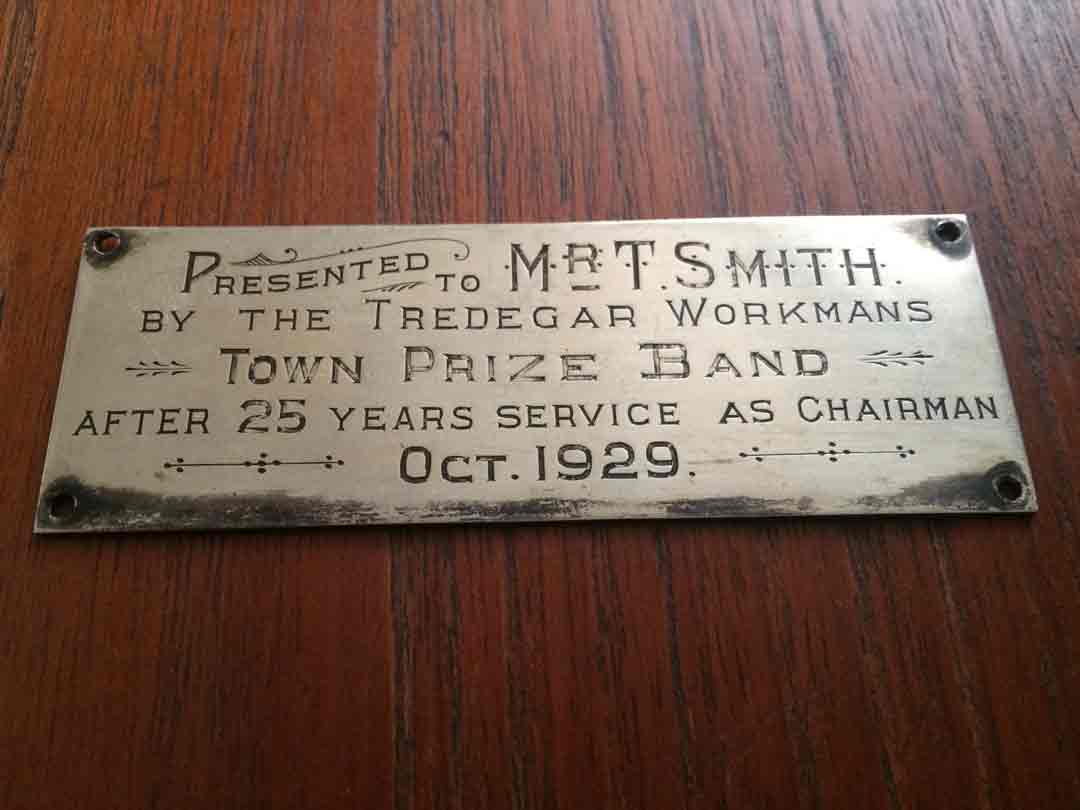