When Tredegar Band moved from its rather decrepit rehearsal premises to its current home in 1974, a number of old instruments minus their cases were found in dusty cupboards.

Two (a tuba and cornet) were kept by Band Chairman Alan Fox and stored safely in the hope that one day more information could be found about them.

The cornet is a curious example. Made between January 1919 and January 1920 by Boosey & Co, it is a ‘Solbron’ model with an instrument number of 106480. However, unlike modern cornets this comes with a rotary valve mechanism that allows the instrument to be changed in pitch from Bb to A.

Nobody currently knows why this instrument was played on by the band, although it has been clearly used and repaired extensively, and is still in working order.

The instrument has been donated to the band by Megan Fox for the Heritage Lottery Fund project. 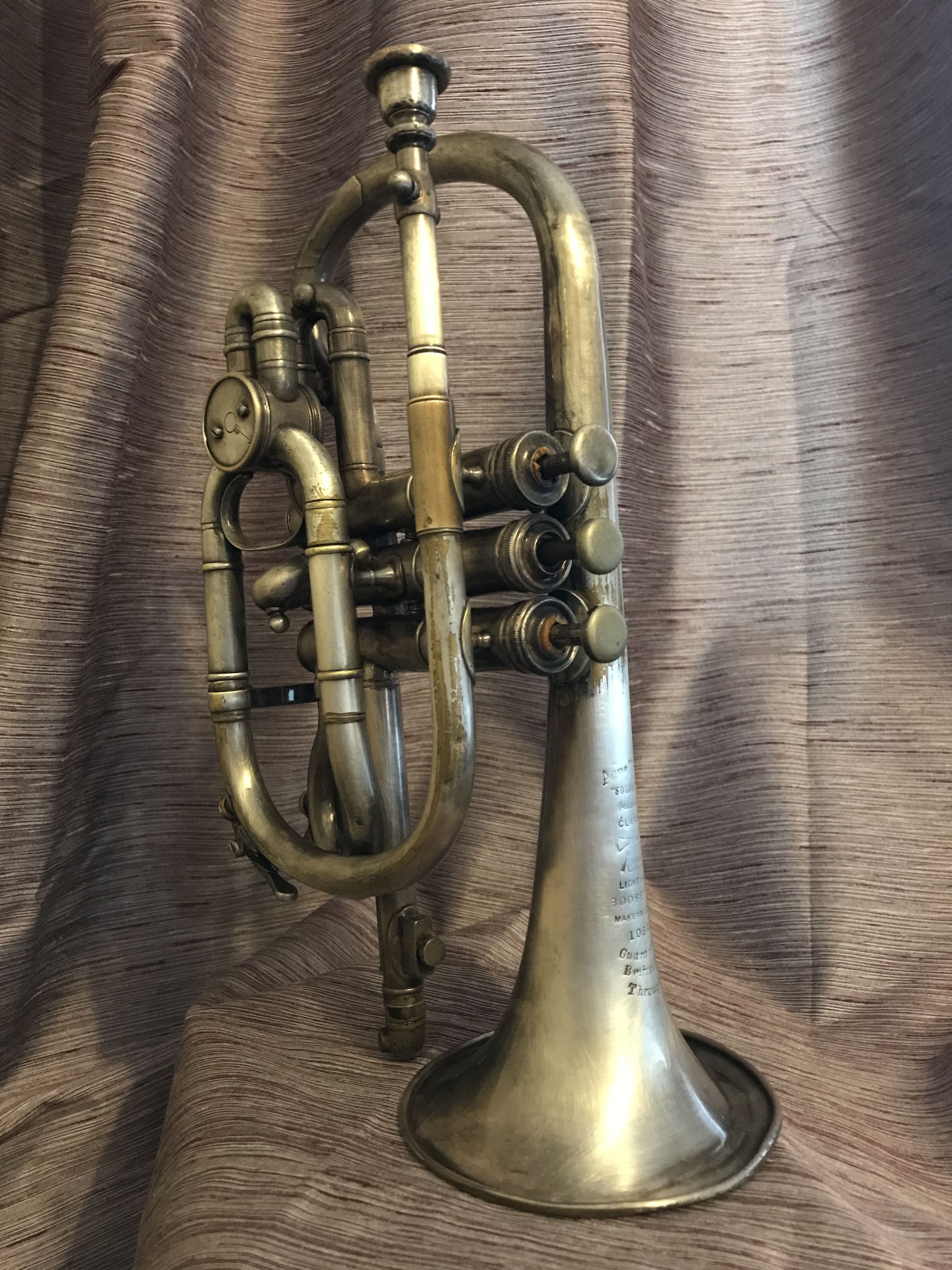